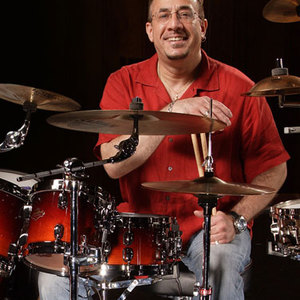 Bobby, the son of Puerto Rican parents, was born and raised in the "Fort Apache" section of New York City's South Bronx. Inspired and encouraged by Maestro Tito Puente, another fellow New York-born Puerto Rican, Bobby "got serious" and attended Boston's Berklee College of Music from 1975 to 1979, obtaining a Bachelor of Music degree and receiving their prestigious Faculty Association Award for his work as an instrumentalist. Since his graduation, Bobby has become a leader in the Afro-Cuban, Brasilian and jazz fields as both a drummer and percussionist, and is recognized as one of the most articulate musician-scholars of la tradicion living today.

He has been featured on numerous Grammy-nominated albums, including The Mambo Kings and other movie soundtracks, as well as numerous television and radio work. Mr. Sanabria was the drummer with the legendary "Father of the Afro-Cuban Jazz movement", Mario Bauza's Afro-Cuban Jazz Orchestra. With them he recorded three CD's (two of which were Grammy-nominated) which are considered to be definitive works of the Afro-Cuban big-band jazz tradition. Mr. Sanabria was also featured with the orchestra in two PBS documentaries about Bauza and also appeared on the Bill Cosby show performing with the orchestra. He also appeared and performed prominently in a PBS documentary on the life of Mongo Santamaria and on camera in the CBS television movie, Rivkin: Bounty Hunter.

Bobby's latest recording project, "Big Band Urban Folktales", on the Jazzheads label, is proving to be his most lauded work and it has been garnering critical acclaim for its futuristic approach to the Latin jazz big band canon. "...(Mr. Sanabria) expands the possibilities, moving the sound of bands like that of (Puente, Machito), with all the heft and intricacy and clave-based dance rhythm, into the harmonically oriented sophistication of current New York jazz players. It's New York up and down, and back and forth across the last century, from the street to the mambo palaces to the conservatories."