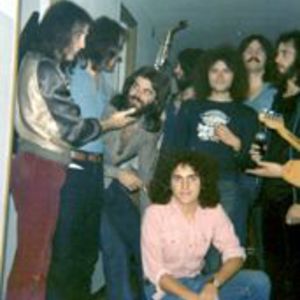 Acqua Fragile was an Italian progressive rock band of the 70s. The band was noteworthy in that all of their music was sung in English rather than Italian. Singer Bernardo Lanzetti, formerly of Gli Immortali, hooked up with Gino Campanini (guitar), Piero Canavera (drums), Maurizio Mori (keyboards) and Franz Dondi (bass) to form the band in 1971. They released a self-titled album in 1973 and Mass-Media Stars in 1974 before breaking up when Lanzetti joined Premiata Forneria Marconi. Lanzetti has since had a successful solo career and now sings with Mangala Vallis.