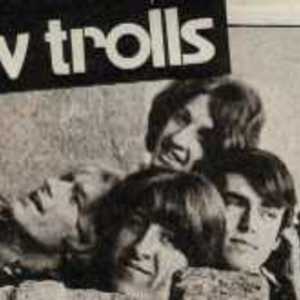 New Trolls is an Italian progressive rock band that started in the 60s and has existed off and on since then. The story began in Genova, circa 1966, when former members of The Trolls decided to form a new band. Their first album, Senza orario senza bandiera (1968), combines 60s psychedlia with some Classical tendencies, and yielded several singles for the band. Their second album, New Trolls (1970), was actually a compilation of numerous singles. After that, the band's personnel changes began.

In 1971, the band collaborated with composer Luis Enriquez Bacalov for Concerto grosso per i New Trolls, which is generally regarded as their best release. Further personnel changes and a move to a heavier rock sound resulted in the band splitting in two, legal disagreements over the use of the name, and the formation of Ibis and New Trolls Atomic System (with two albums each). By 1975, the parties had reconciled enough to come back together under the original name for Concerto grosso n?2.

Since that time, the band has broken up, reformed with varying personnel, and tried a variety of styles. New Trolls members have been involved in a variety of other bands, including Latte E Miele, Nuova Idea, Nova, and De Piscopo.