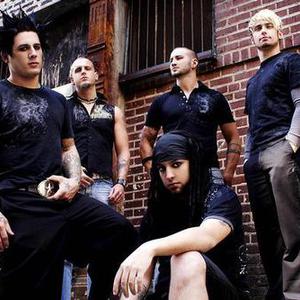 John Falls ? vocals Joey Chicago ? bass Jeff James ? guitars Blake Allison ? drums The return of Egypt Central has made for quite a journey in this young bands career. Having success with their self titled debut cd, the four men from Memphis, TN are poised to continue their impact with the release of their new album White Rabbit and invite the listener to come along. Entering the studio with producer Skidd Mills (Saving Abel, 12 Stones, etc.) in early October 2010, they had a clear vision of what they needed to take the next step of this journey and set out to accomplish just that.

?We knew we had solid songs, but when the opportunity came to work with Skidd, we found the person that could not only make a great sounding record, but also bring the best out of us.? states lead singer John Falls. ?We had a lot of growing to do as men and the time was right to give our fans what they deserved and what we knew we were capable of?Kick Ass Rock!?

What came out of that recording session is White Rabbit. The body of work is a twelve song compilation of heavy riffs, lyrics from the soul and strong melodic hooks. Threaded throughout this collection of songs is a story of consequences that occur when one accepts or declines the invitation from the White Rabbit.

?Collectively this is the best group of songs we have ever written? states bassist Joey Chicago. ?Testing the patience of our fans during the writing process was tough. But as a group we were not going to rush our sophomore record out for the sake of time. We heard their questions as to why it took so long, but once they hear this album, I think they will understand. We wanted to get it right and put everything we had into White Rabbit.?

Chicago continues, ?White Rabbit signifies the struggles we have gone through individually and as a group. We all have our demons in our lives and Egypt Central exists to be the voice or ear for fans to lean on. We want to encourage them to never give up and to never quit on their dreams! It's a credo we live by because we have only begun our journey to bring Egypt Central to the masses!?

They will hit the road in early 2011 and if there is one thing you can be assured of is, once you see an Egypt Central show you can't wait for them to return. In the words of drummer Blake Allison ?Our secret weapon has always been our live show. I can't tell you how excited we are to play this new batch of songs for our fans that have stuck by us and this is our invitation for anyone new to Egypt Central to come along on this journey? we hope you accept!?

Murder In The French Quarter