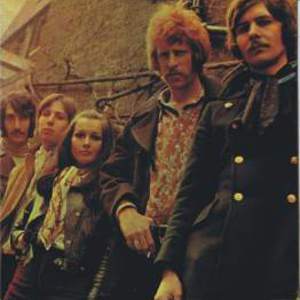 One of the few British acts on the Elektra roster during that era, their sole album sounded unusually Californian for a British group of the period. Although based in England, Eclection were actually formed by one Englishman, one Canadian, one Norwegian and two Australians. Creatively, the group were dominated by guitarist/singer George Hultgreen (who wrote most of their songs) and guitarist/singer Michael Rosen (who wrote the remainder of the songs and usually took the male vocal leads).

Eclection, like several Elektra albums of the period, matched some pretty folk-rock melodicism with slightly arty orchestrated production and a psychedelic tinge. The lyrics and harmonies often evoked blissful, drifting romps through the clouds, with a youthful naivete and exuberance.

Kerrilee Male, one of the group's strongest assets, left the band in late 1968, a few months after the release of Eclection.

The group replaced her with American folk singer Dorris Henderson and did put out a subsequent single, a cover of Kaleidoscope's "Please." But the group disbanded in October 1969, after keyboardist Poli Palmer (who had just come in to replace Michael Rosen) left to join Family.