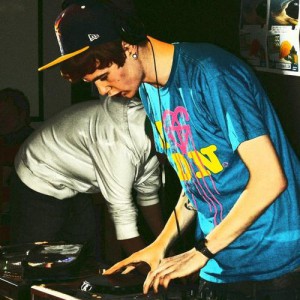 There is more than one artist with this name. 1) Dynamix is a 19 year old dubstep producer from northwest London/ Bristol. His tracks can be found at http://soundcloud.com/dynamix_dubstep/tracks http://www.myspace.com/bailsbeats 2) DYNAMIX, a multi Artist act by KULT Records is a concept originated to combine underground production skills with mainstream hooks and melodies for the purpose of Multi-Artist development. By taking underground dance and fusing it with commercial crossover elements, DYNAMIX create music which is both commercially viable, cutting-edge and live performance ready.

1) Dynamix is a 19 year old dubstep producer from northwest London/ Bristol. His tracks can be found at
http://soundcloud.com/dynamix_dubstep/tracks
http://www.myspace.com/bailsbeats

2) DYNAMIX, a multi Artist act by KULT Records is a concept originated to combine underground production skills with mainstream hooks and melodies for the purpose of Multi-Artist development. By taking underground dance and fusing it with commercial crossover elements, DYNAMIX create music which is both commercially viable, cutting-edge and live performance ready. Upon hitting the dancefloors of New York City with a vengeance in the year 2000, DYNAMIX's first release, "Don't Want Another Man" (E. Cumana, A. Harkins, J. Skaller), featuring vocals by TINA ANN, soared to #1 on the Billboard Club-Play charts in only six weeks.In Early 2001, Following on the path blaze of its maverick predecessor, Nina's vocals were snatched off at first play & remixed by house-music legend Junior Vasquez. Tasty remixes were also delivered by Canada's superstars dj's MARK ANTHONY and ALAIN VINET and Italy's own sensation, E.G. NINA EVE's first DYNAMIX single was pressed for Japanese Re-release by Nourting Records (Toshiba BMI) and a tour was orchestrated by the Label for NINA EVE was unlashed to the Japanese Audiences via MTV-Japan and Nippo Televison. On a ?Double Vision? Willy Vela of DMA Magazine on a lengthy review of Nina Eve ?s "Never get Me" gives the record 5 Stars stating "This little lady packs a loud sets of pipes and it demands to be heard"; DMA's Scott Hoffman also reviewed "Never get Me" the following month giving it 5 Stars also and sealing his review with a single word; "Incredible". Entering at Number 1 on the Billboard Break-Outs and reaching #17 on the Billboard Club-Play Chart with only 2 mixes pressed on vinyl, this track was put into heavy rotation on WBTS (Atlanta), WBBM (Chicago) WPYO (Orlando)WBLI (NY), KDWB (Minneapolis), among others and becoming Internationally released, this single established DYNAMIX to be more than just a flash in the pan. The third DYNAMIX single (E. Cumana, B. Savoni) is a Club vocal hit with major attitude and sparked multiple international re-releases; Only available on white label in 2002 "No Man Can Tame Me" featured the vocals of former Groovelicious Records artist, ZHANA pka on KULT Records as INDA MATRIX. Dancemusic-weekly's Jerry Bouthier gives Inda Matrix 5 Stars stating ? No Man Can Tame Me sounds like Grace Jones gone S&M?! The Diva's sexy Act stormed Elite Circuit Events and Clubs across the U.S. and landed in the U.K. under license to Superstar Dj Steve Lowler's imprint, HARLEM Records as well as found released in Canada on Mark Anthony's acclaimed debut Album on NERDS Records. Featured in many compilations and albums such as David Knap's Leather ball cd and Masterbeat Fusion 3 . With international sales featuring in the million counting all licensing partners on the 3 DYNAMIX original projects to date, DYNAMIX continues to venture into cutting edge territory with the forthcoming INDA MATRIX follow up "Bodyfly".

A great buzz was around this DYNAMIX unreleased track back in 2001 and JUNIORVERSE club Twilo fans are going to rejoy to finally see a release of the song with a new 2003 take by DYNAMIX top DIVA, INDA MATRIX. Slated to hit dancefloors during the summer of 2003, you will recognize INDA MATRIX's signature style of vocal domination and INDA MATRIX won't fail to make you ?Reach for the Sky? again! While working on a few more forthcoming original Artist oriented projects, DYNAMIX also had the pleasure of working on TONI BRAXTON's "Maybe" (Courtesy of Arista Records) as well as LECTROLUV feat SABRINA JOHNSTON "Movin On" (Earth Music CD-TommyBoy Records, JVM Single) (Curtesy of JVM Records). DYNAMIX's own Eddie Cumana also began a new collaboration with producer KEITH HARMAAYER under the moniker VOODO. They had the privilege to work on such great vocals as "Shine" by CINDY LAUPER on Rella (Sony Music), HEATHER HEADLEY's gorgeous ballad "I wish I wasn't" (Curtesy of Rca/J Records). DYNAMIX has established a worldwide reputation for explosive, international, big room music with tight percussion and thundering groovy bass lines . With over 300 live performances given by KULT Records's multi Act of DYNAMIX written and produced original Anthems , DYNAMIX makes a multi-talented team in its own, having proven themselves as song writers, DJs, producers, remixers and Artist developers. DYNAMIX and all its comprised Artists will bring you kicking and screaming into the sounds of the 21st Century.

Shock and Awe: The campaign