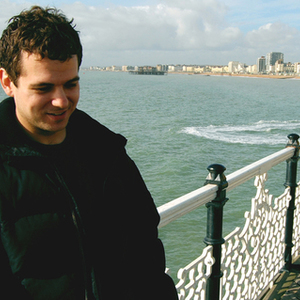 Arising from the dark heart of Philadelphia, Ed Flis has been making electronic music since 1995 and experimenting with sound since much earlier. In 1999 he formed Duran Duran Duran with Michael Chaiken and Tony Gabor. While cutting his teeth in hip hop bands, hardcore bands, and punk bands, Duran Duran Duran remained mainly a side project ? eventually becoming the centerpiece of Ed's musical output.

What started off as mainly a sample-based noise project evolved into something much more honed and refined for the dancefloor as he discovered the free party scene and raves, while still maintaining a punk rock edge that isn't afraid to experiment.

Now producing everything from ghetto tech to breakcore and beyond, Ed's sets can be as varied as his tastes, but always hard, dark and fun. He's toured Europe and the United States extensively since 2002, as well as Japan, and now currently resides in a music school in Berlin. He's released records on Planet Mu, Cock Rock Disco, Peace Off, and Irritant and is now working on new albums for Cockrockdisco and Planet Mu as well as various 12? projects for a number of labels.