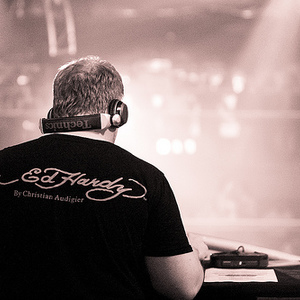 The tale of Dons, and his greatest passion music, begins in 1984 behind the iron curtain in Soviet Latvia. Dons always knew he would be the one to set his country's name on world's music map. He never goes for easy targets! Having experienced times of denial, disbelief and fear of music in his childhood, Dons has re-discovered his faith and is now unstoppable at what he does best. ?Lights On? is Dons second album released almost two years after his first record. He has matured and mastered his skills to almost perfection in collaboration with Swedish producers K*Bros and Peter Manson.

Together they have created a powerful and exciting record. It's an emotional story bringing up subjects most people can relate to in one way or another. ?When Love Turns To Pain? touches the subject of the mixed emotions love sometimes makes us feel. The song "Jaded" talks of breaking through and keeping an open mind even though life kicks you in the face at times. ?Lights On? is a product of Dons, his past, present and future. Every song on the album is an extension of him, his history and his standing here, in this world as a person.Having learned the greatness of music early, Dons always knew that music was his one true passion. He sang his first song when he was three and started playing piano when he was five years old. Dons became well-known in Latvia in 2003 after joining a local reality show - a la Fame Factory. The winner was promised a deal with a record label. The possibility of winning a record deal and getting his music out is what tempted Dons. Everything seemed to go his way until he, without reason, suddenly got voted out. Dons wasn't truly voted out, an error had been made when counting the votes, nevertheless he was out. His fans went crazy, they wanted him back. After a week of uncertainty the producers agreed ? under one condition ? to get back on the show Dons had to spend one week in what was called ?the cell?. He had to be there alone, he could not go out, he couldn't talk to anyone. During that week he was allowed no contact with the outside world. Not that it bothered him, he did after all have his piano in there. In the "cell" he composed a song called ?Just For You?. The song was dedicated to Lily his love and Fame Factory co-star. It shot straight up to number one in the Latvian airplay chart and stayed there for six weeks. The success of ?Just For You? and the debut album that followed strengthened Dons belief and faith in his musical abilities. His passion and dedication to music is stronger now than ever before. ?Music is an illness from which I do not need to be cured, I only wish to get more and more obsessed with it,? says Dons.

Dawn of the Dons