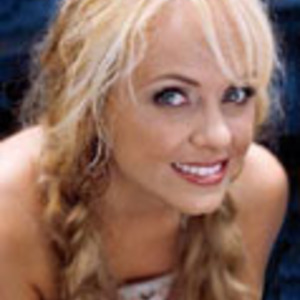 Cum Laude Graduate of High Point University, she holds a B.A degree in History, and holds a Real Estate license in the state of North Carolina. Donna also has a love for gymnastics, a difficult but rewarding sport that for many years has proven to all who participate in it, that anything is possible if you work hard enough. She has coached many State and National Champions, and has worked with some of the greatest names in the sport. You will still find her coaching today, to stay in shape. Donna loves all the kids and parents in her "gym family.

Donna loves pets, and has 4 horses, two parakeets, a cat, and two beautiful basset hounds, all of which are very spoiled. An avid listener of all types of music, from Classical, R & B, Jazz, to Country, Bluegrass & Acoustic Music is where she feels most inspired. Donna acknowledges that her accomplishments are the result of having kind, supportive, unselfish parents, always encouraging & willing to sacrifice...... patient and motivating. Donna's grandfather taught music lessons of all sorts from piano to guitar, and owned and operated a music conservatory many years ago. Donna's mother learned from him and became very accomplished on piano. Donna's mother has played for churches, weddings, and many other occasions. Donna learned how to play Classical music on the piano by listening to her mother play countless pieces from Bach to Beethoven, asking her to play them over & over again, to later play them back to her mother by ear. Donna feels her Classical music exposure has helped her ability to construct more innovative-sounding bluegrass, different from your run-of-the-mill three-chord patterned songs like many bluegrass songs have traditionally been. Once criticized for that, the difference in her song structure is now highly celebrated, as a song consisting of almost all minor chords was chosen by Alison Krauss.

A couple of weeks before Christmas 2005, Donna lost her father. Two days before Thanksgiving, Donna and her mother were devastated to find out that he had a very aggressive, late stage brain tumor. After he was initially diagnosed with a stroke, they were hit hard by this news. He only lived until December 11. December 20 would have been her parents' 35th Wedding Anniversary. Donna's dad had suffered from rheumatoid arthritis, a very painful condition, for 10 years. He was the most influential person in her life. Thomas Edwin Hughes, born October 11, 1937, had taught school for 30 years, served two terms on the Randolph County School Board, had been a well-known and successful auctioneer for 28 years, and had taught Sunday School at the small church named Westfield Baptist, since he was 11 years old. He had also been a farmer, who helped his parents out on a dairy farm while growing up. Donna's father was always cheerful, happy and friendly despite the pain he experienced constantly with his arthritis. He loved to sing, and went somewhere different almost every night to do so. Ed was known around his home as the "Singing Auctioneer." He was an inspiration to hundreds of people in the community, as he continued to work, and be a vital part of society regardless of his illness. Donna wrote a song about her Daddy entitled "Simple Man," which was on her first self-produced album, "Somewhere In Time." Although her dad will not get to see the album come out, she had played the new version of the song for him a great deal of times. Carl Jackson and Sonya Isaacs did the most fantastic harmony on the song. Donna is so proud of all of her father's accomplishments. Her new album will be dedicated to the loving memory of her dad. A strong man who often donated his time & money often for charity. He was always telling everybody about Donna and her music, everywhere he went. Just like her song says, "He's always kind to strangers, and he's always kept his word." Life will not be the same without him, but Donna has already begun to capture her pain, and remember the happy times she had with him in song. This will continue.