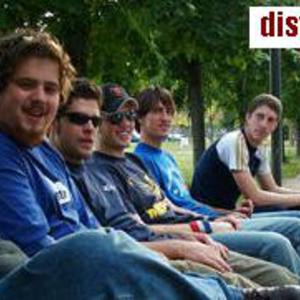 Distorted Penguins, formed in 1996, have the most amazing and intriguing story of any band ever, and they are on the mission to revive a lifeless rock & roll music scene. After hiking the United States coast to coast and doing a hundred push-ups (that's right ? one-hundred), they formed the master plan to release the greatest album that will ever slap you in the face like a pimp? that masterpiece is 2005's Billiam Rockwell.

Having complete independence from the industry and being powered from the beginning by the star brilliance of ?Magic? Dave Mussen, the Distorted Penguins have become a household name in the east coast scene. Since Magic Dave's tragic death in April of 2000, the remaining members of DP have adjusted their line-up in order to keep Dave's message alive. DP has combined power pop, rock, and a horn section to create an energetic and fast-paced style they have deemed ?falling rock.?

In the past few years DP has toured nationally as well as hitting regions of the east coast in order to gain new fans and promote their albums in 100% D.I.Y fashion. Keep it real!