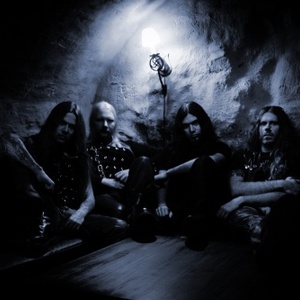 Originally formed under the short-lived name of Elizium and then switching names for a more striking impact upon signing a worldwide deal with Century Media Records, Sweden's newest metal threat DEVIAN is the brainchild of former Marduk members Legion (Vocals, ex Ophthalamia) and Emil Dragutinovic (Drums, also in The Legion) after their departure from the Black Metal commando in their strife to come up with a new breed of wretched Scandinavian Metal.

Together with guitarists Joinus and Tomas Nilsson, DEVIAN form an unstoppable organic extreme Metal machine driven by a raving hunger and deadset determination.

Rather than simply adjusting to continue on their stylistic path chosen with the latest Marduk appearances for Legion and Emil, DEVIAN decided to go for a more dynamic old school vibe, which is built upon a very catchy combination of melody and aggression. With references to bands like Slayer, Iron Maiden, Possessed, Morbid Angel, Dissection or even Mot?rhead, you will easily understand that DEVIAN gathers some of the best elements of blackened Death- and Thrash Metal with strong influence from traditional Heavy Metal.

Vocalist Legion comments on the album: "It's a pummeling blackened death thrasher, where we really tried to challenge ourselves and bring fresh elements to the music compared to our efforts in previous projects. It's no-bullshit raving metal straight from the heart charged with uncontrollable anger, haunting melodies and bone crushing heaviness. It's got a lot of power and soul and we are all extremely proud of what we've managed to achieve." "Ninewinged Serpent" is a truly infernal Scandinavian metal overkill destined to leave sonic scars!