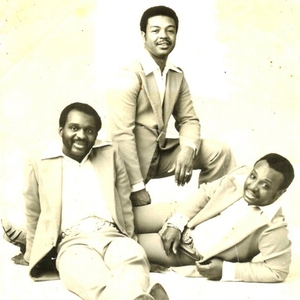 The Emeralds formed as a vocal harmony group in Little Rock, Arkansas, and originally comprised four brothers, Ivory (born 14 September 1941), Abrim (born Abe Tilmon, 12 January 1945 - 6 July 1982), Cleophus and Raymond Tilmon. After Cleophus and Raymond left, the remaining Tilmon brothers were joined by childhood friend, James Mitchell. Moving to Detroit, Michigan and expanding their name to the Detroit Emeralds, the then trio had their first R&B chart success on Ric-Tic Records, with "Show Time" in 1968.

In 1970, they joined the Westbound record label. When touring in Memphis, Tennessee, they recorded some demo tracks at the Hi recording studios, run by producer Willie Mitchell, to which they then added vocals and strings back in Detroit. This approach worked and brought them another hit, "If I Lose Your Love", which was followed by a run of successes, including "Do Me Right", "You Want It, You Got It" and "Baby Let Me Take You (In My Arms)" which all made the R&B Top 10 while the latter also reached #24 on the Billboard Hot 100 pop chart in 1972.

The song for which they are now best remembered, "Feel The Need In Me", reached #22 R&B in 1973 and a new, much longer version four years later also charted. The original track made the top five in the UK Singles Chart in 1973 and the later production also made the UK chart in 1977 (#12). "You Want It" was re-released in the UK as a follow-up to the initial "Feel The Need In Me", also reaching the UK Top 20 in 1973. Abe Tilmon wrote all of their hits, while also arranging and producing the tracks.

By 1974, the group was falling apart, and at one point there were two outfits using the name. Abe Tilmon formed one new group with the Detroit Emeralds' name, while James Mitchell formed another group, The Floaters. Both Emeralds groups stayed active on the oldies and cabaret circuit for some years.

On 6 July 1982 Abrim Tilmon died, at the age of 37, in his Southfield, Michigan home of a heart attack. It is said a re-union of the group was being planned at the time. He was survived by his wife Janyce, son Steve, and daughter Cathy.

Do Me Right / You Want It You Got It

You Want It, You Got It (Vinyl)