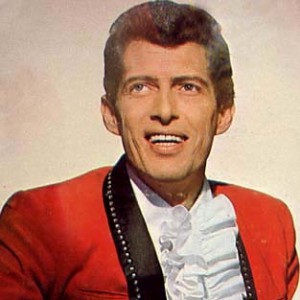 Franklin Delano "Del" Reeves (July 14, 1932 ? January 1, 2007) was a country music singer, best known for his "girl-watching" novelty-type songs of the 1960s. He became one of the most successful male country singers of the 1960s. Reeves was named after Franklin Delano Roosevelt, who had been nominated by the Democratic Party to be their presidential nominee just a few days before he was born. Del Reeves is probably best known for his fair share of 1960s hits.

Del Reeves is probably best known for his fair share of 1960s hits. He proved that he could become a country singer in his own right and become successful, with songs such as "The Girl on the Billboard" and "The Belles of Southern Bell", both highlights from his career. He is also known for his 1968 trucker's anthem "Looking at the World through a Windshield" which proved he was capable of singing more than just novelty songs.

Del Reeves was born in Sparta, North Carolina in 1932.

In 1954, he signed on with Capitol Records. Later on in the 1950s, he recorded for Decca Records, as well as Reprise Records and Columbia Records.

Everything began to change when Reeves signed on with United Artists Records. The work he did for United Artists is probably his best known work. He finally scored big in 1961 with the hit song "Be Quiet Mind". Later in 1965, he had his first #1 hit with "The Girl on the Billboard". His follow-up, "The Belles of the Southern Belle" made the Country Top Five. During this time, he and his wife became a songwriting team. The husband-wife duo wrote songs for the likes of Rose Maddox, Carl Smith and Roy Drusky, to name a few.

His success continued throughout the rest of the 1960s. Songs that became hits during this time are "Be Glad" and "Good Time Charlie's."

In the 1970s, he cut a series of duets with Bobby Goldsboro and Penny DeHaven. He also returned to television, hosting the TV program, Del Reeves' Country Carnival.

His last big hit was in "The Philadelphia Fillies." His career declined in the mid-70s and then started to slowly move away from Country music. However, he did record some duets with Billie Jo Spears in 1976.

In 1979, he left his musical career to pursue a career as a music executive. He played a big role in the signing of Billy Ray Cyrus. Reeves continued to record in the 1980s, just not as much and for smaller labels.

Del Reeves joined the Grand Ole Opry in 1966, where he continued to perform until his later years. His last Opry performance was in August 2002.

Girl On The Billboard

Six Of On And Half Dozen Of The Other