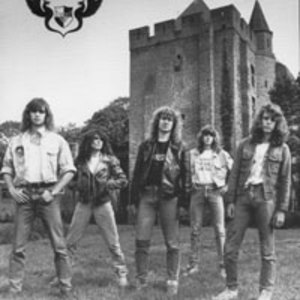 There are multiple artists with this name: 1) Defender is a House band from France. This is a one-time collaboration between Alan Braxe, Fred Falke, and Savage. They've released only one mini-EP, called Defender, in 2005 on Vulture Music. It also appears to be the most successful Defender on last.fm. 2) Defender is a Chicago based band. The brainchild of childhood friends Jorge Ledezma (guitars, keyboards) and Gabi Meszaros (bass, keyboards) who began making home recordings and sound collages in the early 90's.

1) Defender is a House band from France. This is a one-time collaboration between Alan Braxe, Fred Falke, and Savage. They've released only one mini-EP, called Defender, in 2005 on Vulture Music. It also appears to be the most successful Defender on last.fm.

2) Defender is a Chicago based band. The brainchild of childhood friends Jorge Ledezma (guitars, keyboards) and Gabi Meszaros (bass, keyboards) who began making home recordings and sound collages in the early 90's. From the beginning Jorge found himself in the role of producer/engineer, often inviting various friends and acquaintances to sit in on the sessions.

3) Defender is a Dutch Speed Thrash metal band from the 80's,

The beginning of Defender starts at the end of 1984 when guitar player Bart decided to leave Hammerhawk, his present band at that time. At a concert of Ronnie James Dio and Queensryche in Amsterdam Bart and drummer Remco met eachother for the first time and started rehearsing the first songs. Soon after their first meeting vocalist Simon and bass player Harm joined the band and after a couple of months this line-up recorded their first demo 'Tales of the unexpected' at the Oktopus studio in the beginning of 1985.

Immediately after recording this demo the band found a second guitarplayer: Jozzy and serious live action began. During 1985 and 1986 Defender played a lot of gigs in the Netherlands as headliner and together with Martyr, Alied Forces, Hammerhawk, Cyclone and Agent Steel. At the same time the demo was spreading all over the world and resulted in many possitive reactions.

Due to musical and personal differences the band decided quit working with Jozzy in the summer of 1986 and was replaced by Stef, who was 15 years old at that time and already very talented. Also Bart couldn't combine his daytime job with playing guitar and was replaced by Henk, one of the guitarplayers of Angantyr. From this moment the band had a new, young, talented guitar duo and began writing songs the way they wanted: melodic up-tempo songs.

With only one demo-tape made the last two years it was very hard to get a record-deal, so the band financed studio time to record five songs and started to contact record labels. Defender didn't have to wait that long for a deal: CBS-records wanted to release 'City ad mortis' and after a year of rehearsing and recording Defender made their 'come-back' at a live show on Dutch National Radio. For Dutch metal standards at that time the record sold very well and 'City ad mortis' was listed in the top ten of best selling albums in Noord-Holland (one of the provinces of the Netherlands) for almost a year .

4) Defender is a Seattle based electronic band:

Defender is a Seattle based project conceptualized by Producer/Composer/Sound Designer Dustin Spillman. His music's unconventionally cinematic song structure and embedded textures evokes a profound feeling of introspectiveness and imagination. Defender's approach to innovative electronic music compels the psyche to switch circuits and engage in a newfound mode of thought. Dustin's unique production beautifully combines both the joy and pain of 21st century passion into a unconventional, new form of electro-pop.

5) Defender is a Bulgarian band heavy metal / progressive metal from Plovdiv[, Bulgaria, formed in 1998 by Orlin Radevski - guitars, Nikolay Chaushev - guitar and vocals, Peter Boshnakov - keys, Nikolai Proichev - bass and Martin Minarev - drums. After some lineup changes, including the new vocalist Toncho Georgiev and Alexander Harutunian - bass they won several local festival awards and in 2002 they record their debut self-titled album, that never was released due the Bulgarian musical market limits. After a long break the Band started to play in 2007 and now they are writing material for their second album.

6) Defender was a Swedish heavy metal band formed in 1999 by Phillip Von Segebaden. The only release by them was "They Came Over The High Pass" which was done with session musicians.

7) Defender is a Shoegaze band from Battle Creek, MI. They were formed by Sean McMillan on guitar and vocals, Dave Bell on bass and vocals and Sean Game-Brown on drums.

8) Defender is a Christian Hard Rock band from Kingsport,Tn. They were formed in 1993 by family members Steve, Dorothy, and Brian Kinnard (recently from the bands Turning Point,and Jacobs Vision)along with Calvin Edwards and Scott Street. They entered a battle of the bands at the Bristol Motor Speedway as their first gig and nearly won among more than 50 other Non Christian bands. After moderate success and the release of 2 albums "Standing" and "Attack" Calvin and Scott left the band to pursue other opportunities. They were replaced by Deanne,Melissa on Bass and drums,along with Jessica on keyboards and percussion. Melissa later married and left the band to move to Alabama.freeing up Jessica to move to drums. After several years of hard work including several Cds,Jessica decided it was time for a break.She was replaced by Brians 2 sons,Tyrel on keyboards and Terry on drums.This is the the current lineup as the band continues to play regularly .

Their influences range from classics such as IRON MAIDEN, PANTERA, METALLICA, SKID ROW and HELLOWEEN all the way to the modern hard rock made by SHINEDOWN, AVENGED SEVENFOLD and THREE DAYS GRACE, as well as the heavy and tight rhythms of SLAYER, FEAR FACTORY, DEATH and MESHUGGAH.

DEFENDER intends to create catchy songs with great, hooky melodies, intricate and technical guitar work and heavy, and precise riffing. Lyrically, they touch both real and fictional subjects, such as a futuristic third world war or the need to live the here and the now before it's too late.

Its members have collectively toured the entire world with their past projects and as session musicians. They've shared the stage with the likes of AC/DC, AEROSMITH, ALICE COOPER, HEAVEN AND HELL, MARILYN MANSON, SLASH, 30 SECONDS TO MARS, STONE SOUR, MEGADETH, BULLET FOR MY VALENTINE, FIVE FINGER DEATH PUNCH, KILLSWITCH ENGAGE, ALL THAT REMAINS, DRAGONFORCE, FIREWIND, TRIVIUM, BLIND GUARDIAN, ARCH ENEMY and many others.

DEFENDER is currently in pre production for their debut album and will release an EP entitled "WWIII" in 2011.

They Came Over The High Pass

Journey To The Unexpected