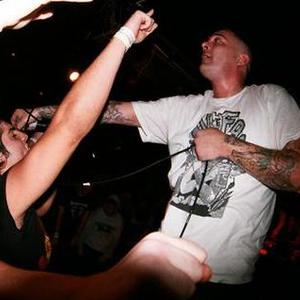 1. Death Threat is an American hardcore band formed in Connecticut in 1997. At its inception, Death Threat was composed of former Hatebreed members. Lead vocalist Aaron Butkus co-founded the band with CJ. Before leaving the band after the release of Peace and Security (2000), CJ played a key role in writing many of the band's songs. After continuous touring with internationally acclaimed acts like Blood for Blood, Vision of Disorder, Agnostic Front, and Hatebreed, the band quickly established itself as a premier hardcore band in the northeast and in other parts of the nation.

After continuous touring with internationally acclaimed acts like Blood for Blood, Vision of Disorder, Agnostic Front, and Hatebreed, the band quickly established itself as a premier hardcore band in the northeast and in other parts of the nation. Initially, the lineup was Aaron on vocals, Jamie Pushbutton on drums, Larry Dwyer, Jr. on bass, and CJ Blunts on guitar. After Jamie and Larry quit the band, Butkus found himself in need of replacing not only his time-keeper but also his bassist. Bill Ross would take over on drums and Steve Teo took over on bass. Shortly afterwards, the band did a full US tour with bands like Ringworm, Godbelow and The Hoods. Then again with Buried Alive which turned out to be the last tour they ever did. Under the strain of touring, CJ informed Butkus that he was parting ways. Sean Martin of Hatebreed helped out and filled in at this point so that they would not miss any shows. The future for Death Threat looked bleak, ironically just as they were achieving a high level of success. Wes Fortier,a long time friend of Steve's expressed interest in playing guitar. He learned the songs and joined the band. Soon after DT went over to Europe to support Agnostic Front and The Distillers on the Unity Tour. The new trio--Wes Fortier on guitar, Steve Teo on bass and Bill Ross on drums--represented members of a younger generation of Connecticut Hardcore (CTHC). Although young, the new members did not lack experience performing. Bill, for example, had previously played in Late Night Revenge, another band from CT. Wes and Steve had also previously played in bands together, such as the lesser known Disowned. In the end, the new trio has generally worked out well; several years and two full-length albums later, the band has yet to have another line-up change.

2. Thrash/Death Metal band from Oxford, Michigan. Released a demo tape called 'The Support of Some is Suffocation of Others'

3. Rap/Hip Hop group from the Philippines. Death Threat are pioneering gangsta rap artists in the Philippines composed of MCs O.G. Beware, Genezide, Hi-Jakkk, O-Dogg, Gloc-9, Konflick, Phat-L, Dyablo, Sir Scratch and Radical M.K. & the only English speaking artist in the group M.E.N.A.C.E. At a time when party themed tracks dominated Pinoy rap as exemplified by such mainstream artists like Denmark and Andrew E, they released their seminal "Gusto Kong Bumaet" debut LP which ushered the Philippine Hardcore and Gangsta Rap Scene. The group became famous for their song "Gusto Kong Bumaet" (I Want To Be Good) which told tales of the daily lives of the young impoverished Filipino youth growing up in the city streets and slum areas, other singles are "Ilibing Ng Buhay" with Pooch of Ghetto Doggs, "24 Oras", "Kamusta Na", and "Private Diane" with Ely Buendia and master rapper Francis M. . They already shoot their first single "Hood To Hood" on their 8th upcoming album "Death Threat 8" and soon to bang on your hood. They have released several albums since then and are currently signed to the record label "Real Deal Productions".