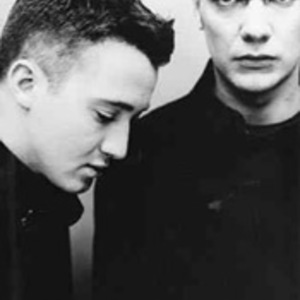 1) Phelim and Donni met in Bristol and formed the group Day One in 1998. Their first LP, Ordinary Man, was released in 2000 on Virgin/MelankolicAstralwerks. Their 2nd LP, Probably Art was released in 2006. Day One's music has been featured in many TV, film, and advertising campaigns including Cruel Intentions, The Big Tease, Trigger Happy TV, Skins, Six Feet Under, Cashmere Mafia, Adidas, Caterpillar,etc. They are currently working on their 3rd LP with Mario Caldato Jr.

There is another band called Day One:

Hallowed Ground was produced, engineered and navigated by Jeff Murphy of Shoes fame. He writes:

"Day One is the brainchild of Leroy Bocchieri, the talented,
multi-instrumentalist that writes, sings, arranges and plays just abouteverything on Hallowed Ground. He manages to combine a great sense of pop melody (think Elvis Costello) with a rhythmic groove (Lenny Kravitz)creating a style that is uniquely his own. From the "Stones-y" feel of the rockin' "The Kind You Get Hurt By" to the dance groove of "Lawrence Of Arabia" to the smooth seduction of "Warm At Night" this disc effortlessly twists and turns through different genres and yet feels completely cohesive.You should definitely make your own pilgrimage to this Hallowed Ground! It promises to be a truly religious experience."