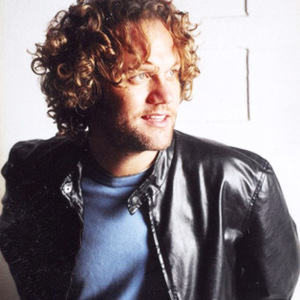 Outstanding talent always speaks for itself. It stands out from crowds of gimmicks, flashy clothes and pretty faces, and rises above odds, obstacles and any lesser contenders. Great talent cannot be learned or created?it is simply given to a special few. And when that talent is dedicated to a higher purpose, there's no telling where it may take the one who possesses it. Pop vocalist and songwriter David Phelps has been given such a talent.

Pop vocalist and songwriter David Phelps has been given such a talent. Credited by many as having one of today's most spectacular voices, David has seen countless thousands rise to their feet for his inspiring, powerhouse performances. His audiences have included George W. Bush, massive crowds at Billy Graham Crusades, and millions of "ABC News" viewers, and his voice has brought him multiple Grammy and Dove awards. And with the release of his new solo debut for Word Records, Revelation, Phelps is poised to reach an even greater audience of fans around the globe. Yet amid all the acclaim, David has a special person in his life who reminds him to always honor the One who gave that talent to him.

His wife of eleven years, Lori, helps David balance his dual roles as acclaimed vocalist and down-to-earth husband and father of three (soon to be four). "Most of us don't get the chance to have even one standing ovation or round of applause in our lives, so working on a stage of any kind can give you a really unrealistic view of life if you're not careful," David reveals. "In her own loving way, Lori won't let me live in that place of applause, and I'm very thankful for that."

Though not a musician herself, Lori has walked with David all along the long, challenging road as he has pursued his calling to music. Hailing originally from the Houston area, the couple met at Texas' Baylor University over a decade ago, where Phelps earned a degree in line with his passion?music.

Recognized from an early age for his unusual talent, David knew from the beginning that he wanted to perform music for the glory of God. Not everyone understood his commitment to faith, however. "I had several teachers who felt that I should be singing opera, or performing somewhere on Broadway," he recalls. "In college particularly, I had a teacher who kept pushing me strongly toward classical music, but when she finally accepted that Christian music was what God was calling me to do, that became the turning point for me."

From there, as a teenager, David went on become the winner of the 1988 Seminar In the Rockies held in Estes Park, Colorado, the youngest winner of the contest at that time. He then continued his career after graduation with a stint as Artist In Residence for First Baptist Church in Hurst, Texas. Though for a time it appeared that family commitments might prevent David from realizing his dream, he and Lori packed their bags for Nashville, Tennessee, in 1996 with the hope of landing a record deal for David.

Once again, however, he faced a challenge. After six heartbreaking months, David had not found an opportunity, and since he had given up his job back in Texas, the young couple was running out of funds. While visiting his family one weekend back in Texas, David told them, "We really feel like God was calling us to Nashville, but it's just not happening." Instantly, his family gathered around David and Lori and began to pray for a miracle.

A miracle is what God had in mind. The very next day, back in Nashville, David met with executives from Word Records and found out about an opportunity with best-selling vocal foursome Gaither Vocal Band. Two weeks later, he officially joined the group that has brought him four Dove Awards, two Grammy Awards, and over 13 gold and 15 platinum-selling projects.

Throughout the phenomenal success he has experienced with Gaither Vocal Band, David has cherished the dream of releasing a solo album expressing his own style and songcrafting. With the release of Revelation, David has finally fully realized the calling he first felt so many years before.

Featuring songs primarily written or co-written by Phelps, Revelation is a showcase for the impressive vocal and musical training that have shaped Phelps as a performer, swirled into a beautiful sonic blend that reflects the best of 21st century pop. From dramatic ballads to R&B-influenced groove and rock-tinged, energetic pop, Revelation reveals the musical passion and substantive message behind this exceptional singer/songwriter.

"The foundation of this album lies in knowing who Christ really is," explains David. "There's a line at the beginning of the song 'Break Free' that sums it up well?'Forget what you've heard about Jesus, if it doesn't begin and end with love.'

"As a culture, both churched and unchurched, we carry around so many ideas of who Jesus is that are not true," David continues. "We relate Christ to the idea of being judged or compared against an impossible standard. I want people to hear about a God who isn't standing there with His finger in their faces, but is simply there with His arms open wide saying, 'I just want to know you. Come to me, and I'll help you through this journey.'"

Every song on Revelation reveals God's mercy and compassion for His people. "Just As I Am," penned by David and award-winning songwriter Cindy Morgan, expresses Christ's loving acceptance of the broken, while "Arms Open Wide," a cut written by Rita Baloche [wife of Paul Baloche ("Above All," "Open the Eyes of My Heart")], praises the Savior for coming to redeem us. From the story of God's loving care as He shapes our lives and the universe in "Virtuoso" to the promise that "God Will Take Care Of You" and the tender ballad "Love Goes On," Revelation paints a portrait of who God really is, all superbly communicated through the expressive artistry of one of Christian music's finest vocalists.

Producers Regie Hamm (Bob Carlisle, Jaci Velasquez, Clay Crosse) and Chris Harris (Avalon, Anointed, Allen Asbury) had the task of guiding David's musical vision and wide tastes into the cohesive and compelling Revelation. The album's title cut is a dramatic, rock opera-styled song that provides a centerpiece, both musically and vocally, for David's talent. "I'm thrilled about this song, because it's a piece that I've spent a lot of time and effort to write," David says of "Revelation." "It represents so much of what I love about music." The song, which tells the story of a man much like David on the morning of Christ's return, reveals David's imaginative story-telling ability, and combines a myriad of his favorite influences, from rock to classical to "Bohemian Rhapsody."

David is making sure that his kids have the same musical opportunities he had by taking them on the road with him and Lori to his concerts. Lori homeschools their two daughters?eight-year-old Callie and six-year-old Maggie Beth?both at home and on tour in order to let them and three-year-old Grant spend more time with Dad. The couple are preparing for the arrival of a fourth little one, due to arrive just in time for the release of Revelation.

For an artist who makes nearly 150 concert appearances every year, the decision to educate their kids themselves was the only right one for them. "I'm gone pretty much every weekend, so I would never get to see my children!" says David. "Homeschooling allows us to pick up and go when we need to, and as a result, our kids have been able to see some wonderful things around the country."

And though one of the things his kids often see are the thousands of people who flock to hear him sing, David is careful to remind them that the walk of Christian faith, even when it's lived out before a national audience, is one of humble obedience. In the regal ballad "Live Like a King," written by Bob Halligan, Jr. (Kathy Mattea, Michael Bolton, Rebecca St. James), David beautifully conveys the paradox that marked Christ's reign here on earth, and that he hopes will always prove to be the example for his own life:

My thirst for the things of this earth, isn't quenched by diamonds or pearls/One man lived the life I want?He's the One they said ruled the world/Though He only wore a crown of thorns, and He never owned a thing?I want to live like a King!

Those words also reveal the purpose behind the tremendous talent God has placed in David's own life. Despite being given such great ability and opportunity, David Phelps is a man who will forever invest that gift in honor of its Giver.

The Best Of David Phelps