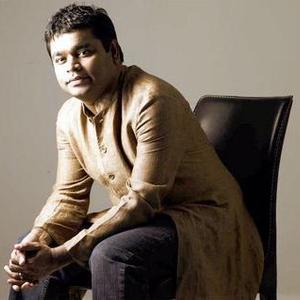 He has won two Academy Awards, two Grammy Awards, a BAFTA Award, a Golden Globe, four National Film Awards, fourteen Filmfare Awards, eleven South Filmfare Awards in addition to numerous other awards and nominations. Time has referred to him as the "Mozart of Madras" and several Tamil commentators and fans have coined him the nickname Isai Puyal (Tamil: ????? ?????; English: Music Storm). In 2009, Time placed Rahman in its list of World's Most Influential People.

Having set up his own in-house studio called Panchathan Record Inn at Chennai, arguably one of Asia's most sophisticated and high-tech studios, Rahman's film scoring career began in the early 1990s with the Tamil film Roja. Working in India's various film industries, international cinema and theatre, Rahman has a claimed sale of more than 300 million records of his film scores and soundtracks as of 2009 for over 100 film scores worldwide, making him one of the world's all-time top selling recording artists. In a notable career spanning two decades, Rahman has garnered particular acclaim for redefining contemporary Indian film music and thus contributing to the success of several films. Rahman is currently one of the highest paid composers of the motion picture industry. He has also become a notable humanitarian and philanthropist, donating and raising money for beneficial causes and supporting charities.

Pele: Birth Of A Legend

A World Of Music CD1

A World Of Music CD2

A World Of Music CD3