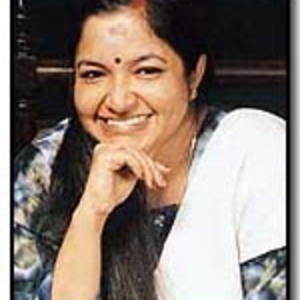 K. S. Chithra is a singer who has made her mark in the Indian (film) playback industry. Known as the ?Nightingale of South India?, she has lent her voice to Malayalam, Tamil, Telugu, Kannada, Oriya, Hindi and Bengali films. Professional career Born on July 27, 1963, into a family of musicians, Chithra's talent was recognized and nurtured from an early age by her father, the late Krishnan Nair. He was also her first guru (teacher).

Born on July 27, 1963, into a family of musicians, Chithra's talent was recognized and nurtured from an early age by her father, the late Krishnan Nair. He was also her first guru (teacher). Chithra received her extensive training in Carnatic music from Dr. K.Omanakutty, after she was selected for the National Talent Search Scholarship from the Central Government from 1978 ? 1984. She was introduced to Malayalam playback singing by Shri. M.G.Radhakrishnan in 1979. She made her debut in the Tamil film industry in Chennai under the guidance of Maestro Ilayaraaja. Lata Mangeshkar believes that Chithra is the best (next to herself). Even many Hindi music directors believe that Chithra is on par with Lata Mangeshkar and Asha Bhosle. She has worked with music directors such as Gulzar, Ustad Ali, Ghulam Ali, Anu Malik, and A.R. Rahman.

To this day, Chithra has recorded more than 15,000 film songs in different languages and about 4000 non-film songs. During her career, numerous recognitions have come her way including six National Awards for best female playback singer. This is the largest number of national awards awarded to any female playback singer. She has won the awards for the following films:

Chithra was also recognized with the Kalaimamani title from Tamil Nadu Government in 1997, the K. J. Yesudas Lifetime Achievement Award in 2004, Kalaiselvam title from the South Indian Nadigar Sangam in 2002, and the Lifetime Achievement Award from Global Malayalee Council in London in 2003. She has also received numerous mainstream awards like MTV Video Music Award, Screen ? Videocon Award, Film Fans Association Awards, and Cinema Express Awards. She has in her credit, private albums in Hindi namely Piya Basanthi and Sunset Point. Her first ghazal album with Masterio Ghulam Ali and Asha Bhosle is ready for release. She recently released an album in dedication to Smt. Subbulakshmi named My Tribute. It is a collection of kirthis and bhajans dedicated to Subbulakshmi. Sony is planning to release a solo album soon owing to success of Piya Basanthi. Recognising her contribution to the music world, Smt. Chithra has been conferred the prestigious Padmashri title by the Government of India.

Chithra, who is a Grade A artiste of All India Radio and Doordarshan, has established her own recording label - Audiotracs, to promote new talents in the music world by giving them opportunities to collaborate with her as singers, lyricists and music directors.