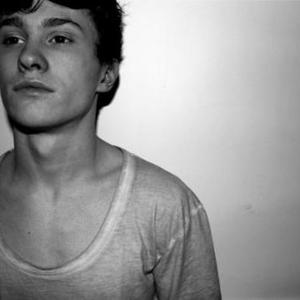 Twenty year old David August's first musical introduction was being forced into Piano lessons at the tender age of five years old. As time passed and David's ivory skills grew, he came to love the instrument and excelled in its classic format. At fifteen David's first steps as a DJ began and it wasn't long before he gained his first residencies. A year later he made his first forays into production and in 2009 he made his first impact on the scene by releasing his 'Praha EP' on Stil vor Talent. This was soon followed by the October release of 'Trumpet's Victory'.

Now David readies himself to take his next step. Having recently earned the residency at Diynamic ?s Club EGO, he prepares to drop his first productions with the Hamburg label. A wonderful four track selection, showcasing the exciting talents of the young producer.

Not many people can say for themselves that they have played alongside Carl Craig. When DAVID AUGUST was just 17 years old, he could already claim that he had not only played with Carl Craig, but DJed alongside big names such as Format B, Troy Pierce or Oliver Koletzki, to name a few.

In 2005, he begins to DJ at friends parties before getting a residency at Hamburg's BKI club. It is only two years later that he starts to produce his first electronic tracks, releasing his first track one year later in 2008 on Dimmer Records.

DAVID AUGUST's productions reflect his true love for good music and his knowledge of the structures of music. They are full of harmonies, melodies and ? soul. First he produces a few tracks together with Falk Bachert as August & Bachert. After having seen Oliver Koletzki DJ in Hamburg a couple of times, DAVID AUGUST decides to sent the tracks of the ?Praha EP? to him with the subject: ?Attention, this is not a demo?. His direct and cheeky approach is successful and the track is released on Stil vor Talent Digital in April 2009.

As a DJ, DAVID AUGUST is a very charismatic and enchanting figure. His knowledge in music production and his passion for soulful music gets him to combine old electronic classic with the freshest releases in tech-house, house and techno creating a soulful symbiosis that always focuses on the dancefloor. His mixing has already led him to play clubs such as Romy S Stuttgart, Rote Sonne Munich, Speicher Rostock, Berlins new hot spot Horst Kreuzberg or the prestigious Watergate.