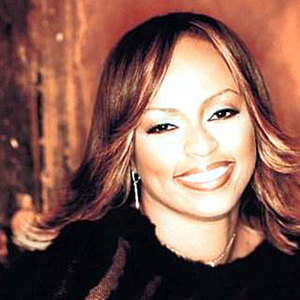 EMI Gospel has an industry diamond with their newest urban inspirational artist Darlene McCoy. This singer, songwriter, minister, wife, and mother of three has been groomed and prepared for the newest move in the kingdom of God. For years Darlene has been mentored by the nations most powerful Ministers of Worship such as Pastor Gary Oliver, Pastor William Murphy, Elder Darwin Hobbs, and the Prince of Praise Himself, Byron Cage. She serves as a praise leader leading thousands in to worship at world renowned New Birth Missionary Baptist Church where Bishop Eddie Long is the Senior Pastor.

Darlene McCoy has her own uniqueness to offer the music industry that cannot be compared to any artists before her. Her style is best described as refreshing, innovative, classic, anointed, and powerful. She is a leader in her community as she serves the city of Atlanta GA every Sunday morning with ministry and worship on the cities hottest Hip Hop Radio station on a show called The Spirit of Hip Hop. She leads millions of listeners into freestyle worship, leads sinners to Christ, and serves them by ministering first hand to callers with issues, and needs for prayer and guidance. She has been adopted by the Atlanta Hip Hop Community as the Big Sister of the Christ movement. She is at the forefront of the latest move in the kingdom of God, the urban inspirational culture, as she is plugged in entertainment as the host of a hot new upcoming Christian Television show, she hosts at Atlantas hottest new club called the C-Room, she is the CEO of JENIMAC incorporated a company that specifically ministers to the needs of girls and women. Her self titled debut CD is set to release this spring. Her CD is one of the most anticipated new artists this year. She has collaborated with the industrys leading producers to include Dallas Austin, Tommy Sims, and PAJAM to name a few. Her character and integrity precedes her as the glory of God is evident on her life. Her engaging personality leaves a mark of remembrance on the hearts of everyone she encounters. Most of all she is a true worshipper that seeks after the heart of God. She believes that worship is a lifestyle. She lives with passion and purpose. She has a hit single Fallen in Love has appeared on the soundtrack of Tyler Perrys first hit movie Diary of a Mad Black Woman and is racing up the gospel, Christian contemporary, and adult contemporary charts all around the world. You have been introduced to the ministry of Darlene McCoy.