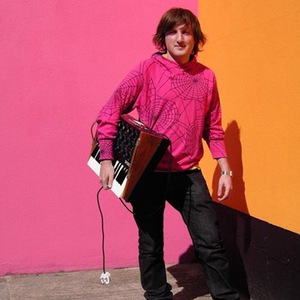 After releasing 'Bedroom', a self produced record of avant garde electronic music, at the age of 16 Daniel moved into writing music for the small screen. A year later, inbetween doing his homework, he wrote his first TV soundtrack - a documentary for Channel 4 in which media visionary Janet Street Porter argued that the internet was a pointless passing fad. Since then he has become one of the most in demand and prolific composers in British television, writing music for over 150 different TV productions amounting to more than 500 shows in total in the past decade.

These have featured everything from a 70 piece orchestra to kazoos and a drum machine; big band jazz set ups to intricate electronic sound design; French folk bands to Armenian flautists. He recently completed his first feature film score to 'Big Kiss'. He also composed most of the music for the best-selling PlayStation 3 videogame, LittleBigPlanet.

Birds Of Prey: And The Fantabulous Emancipation Of One Harley Quinn (Original Motion Picture Score)

The Dark Crystal: Age Of Resistance, Vol. 2 (Music From The Netflix Original Series)

The Dark Crystal: Age Of Resistance, Vol. 1 (Music From The Netflix Original Series)

Spider-Man: Into The Spider-Verse (Original Score)

King Arthur: Legend Of The Sword