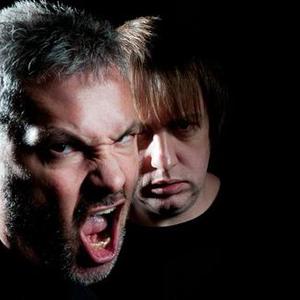 Marc Heal and Phil Barry, otherwise known as industrial terrorists Cubanate, have explored the hybrid style created by mixing industrial music with the high-speed rhythms of techno. The group formed in London in late 1992 with Heal on vocals and Barry playing guitar, along with keyboard player Graham Rayner and percussionist Steve Etheridge. Cubanate began recording soon after, and played their first live show that same year.

In early 1993, the group signed to Berlin's Dynamica label and released the "Bodyburn" single a few months later. It earned good reviews (Single of the Week according to Kerrang!), but Rayner and Etheridge left not long after. Ex-Nitzer Ebb drummer Julian Beeston replaced the two for a while, but Heal and Barry decided to continue the core of the group as a two-piece.

September 1993 brought the duo's debut album Antimatter, and the Metal EP followed in 1994. Controversy followed Cubanate around the British Isles during a 1994 tour with Carcass, as death threats and near riots caused the London Evening Standard to declare that the band had "provoked an outbreak of demented carnage." Late in 1994, Cubanate delivered "Oxyacetylene," the trailer single for second LP Cyberia, which appeared in early 1995. "Oxyacetylene" was a hit of some note, featuring on "Mortal Kombat II" and "Gran Turismo" soundtrack LP's.

Heal and Barry once again enlisted extra members -- this time guitarist Shep Ashton and keyboard player Darren Bennett -- for a European tour with Front Line Assembly in 1995. The duo's third album Barbarossa, was released in April 1996.

Two years later, "Interference" appeared on TVT / Wax Trax! Recordings. The album was a departure from the previous sound, featuring intense drum and bass rythyms and a more personal lyrical style. "Interference" received mixed reactions and Cubanate had disbanded by 2000.