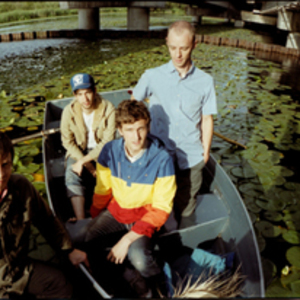 Crystal Skulls (not The Crystal Skulls) are a seattle, Washington-based indie pop band, named after a legend that there are 13 ancient crystal skulls hidden worldwide, which have mystical powers. They are most recognized for their intelligent, smooth, poppy sound, pianistic overtones, and their hard work ethic (in releasing their sophomore album only 12 months after their debut album). Both drummer Casey Foubert and bass guitarist Yuuki Matthews formerly played with the band Seldom. Foubert has also been known to drum for Pedro the Lion on occasion.

They have toured the United States with bands such as Minus the Bear, The Helio Sequence, and played their record release show for their album "The Cosmic Door" with John Vanderslice in 2006.