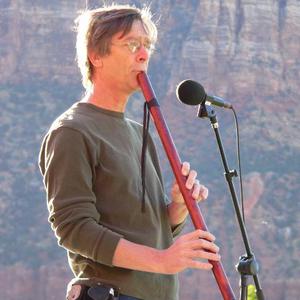 Coyote Oldman is a group of new age musicians consisting of flute players Barry Stramp and Michael Graham Allen. The name Coyote Oldman is derived from the Trickster archetype in Native American mythology. Their music can be described as new age electronica. The duo play Japanese and Indian flutes, Incan pan-pipes, ocarinas and Native American pipes, as well as contemporary instruments such as guitars and keyboards.

Barry Stramp is a classical-trained concert flautist, while Michael Allen is a manufacturer of handmade flutes as well as being a musician.

Under An Ancient Sky

The Shape Of Time