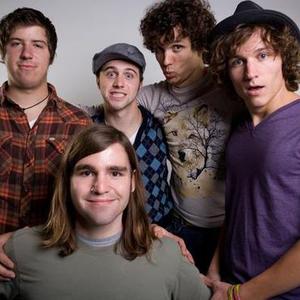 Hailing from the suburbs of Chicago, IL the band Coventry is made up of Kevin Farris on vocals/guitar, Bryan Farris on drums, Teddy Winters on guitar, JP Richgels on bass, and Mikey Chiero on guitar/piano. They have welded together energetic hooks; sing alongable melodies; and catchy choruses to bring about a fresh sound that can only be described as "Chicago Fun Rock" "Wake up the town and light up the streets; we've got this careless conviction you wouldn't believe; so go make your predictions we've just begun" is how the song Take it or Leave it begins.

"Wake up the town and light up the streets; we've got this careless conviction you wouldn't believe; so go make your predictions we've just begun" is how the song Take it or Leave it begins. This band is just beginning to wake up towns all across America to their musical endeavors but they are veterans in their local music scene. Playing together since 2005 Coventry has shared the stage with bands like Hit The Lights, Powerspace, School Boy Humor, 2*Sweet, Ludo, and Envy on the Coast.

Catering to the masses Coventry encourages all fans to go nuts during their performance. "We make it a top priority to have an airtight live performance. We all respect bands that can kill it live and we do the same. If you come to a show you can expect to somehow be involved with our performance as an audience member" says vocalist Kevin Farris referring to the interactive and exciting antics that go on during the set. You will have to see them play live to believe it for yourself.

When asked what their craziest moment has been so far Farris said "probably the collective feeling of playing the Bamboozle Left Contest at The Beat Kitchen in Chicago because we brought in a crowd that cheered so loud we could hardly hear ourselves playing, it was deafening. None of us expected that reaction but it is a memory that I can never forget."

With the release of their debut EP titled "I Said No" Coventry is taking to the streets to bring the music to fans all over the country. Selling over 2,000 copies of their EP on their own at shows the EP is now hitting digital retail outlets mid August 2009. "We want to continue to spread our music to the masses and encourage fans to enjoy some rock and roll. This is a dream that not many people get a chance to chase and we are making the most of our opportunities" says Bryan Farris when asked about their future as a band.

A number of great bands have come out of the Chicago music scene over the years and Coventry is on the same path to greatness. The band will be recording some new material this fall and gearing up for some national touring. The future of this band is bright so keep your ears open and get ready for their interactive stage antics when they come to your town.