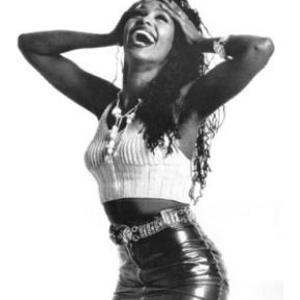 Olga de Souza artistically known as Corona was born in Rio de Janeiro in a musical family, her father beign a musician and her mother a singer, music has been her passion ever since she was young. Olga worked in a bank (Caixa Economica Federal) for a couple of years before deciding to travel around the world, from The States to all over Europe, finaly arriving in Italy, where she was discovered....

The year 1994 she debut with ?The Rhythm of the night' which stated number one in the top tem Italian charts for 13 consecutive weeks and was distributed to the European market by Warner Music and produced by DWA.
In England within weeks ?The Rhythm of the night' topped the charts and was the best selling album, more tham 1,000,000 copies sold. The song became the catchphase for that summer and Corona the most sought after artist.
She attained 15 gold and platinum discs.
She began the first grand world tour and ?The Rhythm of the night' was relesead in the United States and immediately became a hit and maintainedthe number one position in the classifieds.
Within months Corona becamethe undisputed queen of dance music globally.
The consecutive single release were equalli successful, Baby Baby, Try me out, I don't wanna be a star (1995)
In 1996 Corona for the first time debuts as a presentator cum singer in a T.V. program (festival Bar) in Italy, which turned out to be a great success that she was invited the year after to present ?Dance Machine' in France and she also conquered the French public.
In 1998 the album ?Walking on music' was released.
Withgreat passion for music and the continuous search for new sounds, rhythms, styles and new genre, the album AND ME U was released in the 2000.
In 2004 a tribute to her native Brazil, Corona sang ?A cor dos teus olhos' (The colour of yous eyes) which was distributed by ?5000' Corona defines the song like an imprint of her childhood memory. The song became an immidiate hit. The same year ?Garota Brasileira', a song with spicy samba sounds became a hit with the Japanese public.
In 2005 she collaborated with Shake Record with the accomplishment of another three hits, ?Break in time' ?I'll beyour lady' and ?La playa del sol'.
In 2006 she participated as a guest star in a project called ?Angel live concert' dedicated to Karol Wojtyla.
In 2007 she returns to The States, where she sang ?Baby i don't care' and continued her tour.
In 2010/2011 an album dedicated to the new generation called ?Y' Generation, 10 brandnew songs ranging from Rock,Pop to Dance was released by an independent label 1? POP. ?Welcome' , ?Angel' , ?I cant't wait', ?Gimme love','Fly away','My song','Black cinderela','Saturday','Beat and shake','Beating'.

The Rhythm Of The Night

The Rhythm Of The Night (Remixes)