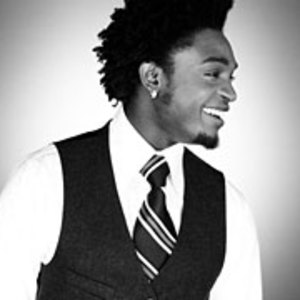 Corneille (Cornelius Nyungura) is a rhythm and blues singer. He was born on March 24, 1977, in Freiburg, Germany, to his parents who were completing their University studies there. He lived there for 6 years, until he was brought to live in his country of origin, Rwanda. He lived in a village for a short time, before moving to Rwanda's capitol, Kigali. Corneille developed an interest in music early on, and it was an interest his father supported and encouraged. His influences included Stevie Wonder, Michael Jackson, Marvin Gaye, Sam Cooke, Nat King Cole as well as Prince and other artists.

Corneille developed an interest in music early on, and it was an interest his father supported and encouraged. His influences included Stevie Wonder, Michael Jackson, Marvin Gaye, Sam Cooke, Nat King Cole as well as Prince and other artists.

At 16 years old Corneille made his first recording, and was selected as a finalist in a music contest sponsored by the state run television station in Kigali. Corneille's childhood could be characterized as normal for a somewhat privileged youth brought up in a family with caring, highly educated parents.

Daily life in Kigali changed dramatically in 1994, when former President Habyarimana was assassinated, and the largest, most horrific genocide in modern history claimed over 800,000 victims.

Corneille managed to escape first to Kinshasa, and then to Germany, where he was adopted by friends of his parents. He stayed in Germany for three years completing his baccalaureate studies, before arriving ultimately in Montr?al. Corneille enrolled in University when he landed in Montr?al, but his focus was immediately diverted to music.

In Montr?al at 20 years old, Corneille formed a band called O.N.E., meaning Original New Element. O.N.E. achieved modest success, thanks in part to a Ms. Jodi Richards, who supported and advised the band. When O.N.E. disbanded in 2001, Corneille again turned to Ms. Richards for advice. Ms. Richards imparted the belief that you are only an artist when you know what your art means, which became a guiding principal for Corneille.

In 2005 Corneille's ascent continued, as he recorded a song with Senegalese superstar Youssou N'Dour, in support of Unicef and the fight against AIDS. Corneille is a Red Cross Canada spokeperson, has been made a Unicef Goodwill Ambassador, and continues to be active in those and other humanitarian roles.


In 2007, Corneille earned and signed contracts with Sony Music Japan, and with UniversalMotown for the World ex-Japan (SMJI), France (Wagram) & Canada (DEJA). With these partners, as well as Universal Music Group partners in the UK and elsewhere, and with help from all of you at corneille.ca, Corneille's fanbase is becoming truly global.

On November 20, 2007, Corneille was given the award for best International Singer-songwriter by SOCAN. Look for 'The Birth of Cornelius' US' release on UniversalMOTOWN in Spring 2008. Corneille, a man of this world, and an artist whose time is now...

The Birth of Cornelius