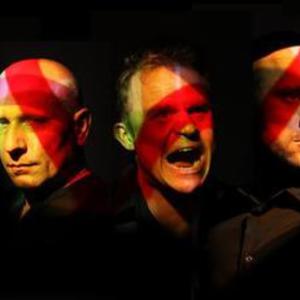 There are multiple artists with this name: 1) Coma is a Polish alternative rock band, founded in 1998 in ??d? by Dominik Witczak (guitar) and Tomasz Stasiak (drums). The first album "Pierwsze Wyj?cie z Mroku" was released in 2004. After winning the Rock Festival in W?gorzewo the band became very popular in Poland. The second album, "Zaprzepaszczone Si?y Wielkiej Armii ?wi?tych Znak?w" was released in May 2006.

1) Coma is a Polish alternative rock band, founded in 1998 in ??d? by Dominik Witczak (guitar) and Tomasz Stasiak (drums).

The first album "Pierwsze Wyj?cie z Mroku" was released in 2004. After winning the Rock Festival in W?gorzewo the band became very popular in Poland. The second album, "Zaprzepaszczone Si?y Wielkiej Armii ?wi?tych Znak?w" was released in May 2006.

In 2008, after hiring a new drummer, Coma released the double concept album "Hipertrofia".

From the very beginning a DIY effort, the band never expected any help from ?outside?. In search of a record deal, COMA faced the problem of being a little hard for Romania in a time when easy dance summer hits were at the top of all charts. They were the first band in the Romanian rock landscape who alternated heavy riffs, profound lyrics and screamed and warm vocals. They were the first band to abandon the way old-school rockers used to dress and gave Romania a glimpse of what was happening across its borders.

A record deal landed finally from A&A Records, a Warner Music licensee, and while it didn't do anything for them, the guys worked hard at promoting their music in the old-fashioned way ? as many concert appearances as possible. And the word spread quickly!

Their first video ?Nu vreau fetito casa? (tr. Girl, I don't Wantto), which appeared in March 2000, was a parody of the Romanian music scene back then and attracted a great deal of attention towards the band. In the meantime the band was working on their first album, SOMN.

When it came to recording new videos COMA turned to Palme d'Or Award Winner MARIAN CRISAN (at that time, just starting out as a director) who directed their subsequent videos: "Bruzli Vs. Vandam" (a phonetic Romanian transcription of the names Bruce Lee and Van Damme), "Stai" (tr. Wait) and "In mine in soapta" (tr. In Me In Whisper).

After the first pressing sold out, the band faced the denial of a second pressing, as record labels in Romania did not want to take chances with what they thought was a risky and noncommercial genre. COMA didn't sell much in comparison with foreign bands (4000 copies) but due to the lack of interest from the record label the fact that they sold out all copies in such a short time is a miracle in itself.

Both the country's economic factors and the age of the members determined them to take a break and search for other ways to develop a good and stable base for their lives. Although they were on hiatus the public didn't forget them and they appeared as opening acts for SEPULTURA, SOULFLY, DEFTONES and BORN FROM PAIN. Also, during this period they had some club gigs. Their fanbase still supporting them was a catalyst for going back to the studio and finally, work on NEROSTITELE began.

NEROSTITELE (tr. The Unspoken), their sophomore album, was released on November 30th 2006, in a special concert held in Bucharest's FIRE CLUB. The album's first video, "Coboara-ma-n Rai" (tr. Descend Me Into Heaven), was filmed entirely in infrared and was again directed by their long time director friend and Palme d'Or Award Winner MARIAN CRISAN. Two more videos have been released from this album.

Because the situation with the record labels didn't improve, NEROSTITELE is a 100% independent product. Although indie, the album has lots to offer: appearances from FAITH NO MORE bassist BILL GOULD, and ADRIAN DESPOT - lead singer of Romanian alternative rock band VITA DE VIE and also a collaboration with a Romanian hip hop artist ? BRUGNER (B.R.G./Delikt/R.A.N.-S.).

There has also been a second video for "Canta-mi povestea" (tr. Sing My Story), but its promotion restricted and hindered by most major labels and tv stations still interested only in commercial music and bands, it was played constantly on original member HEFE's TV show, "BRING THE NOISE".

Currently the band, having recently completed the MACHO CARNALE & THE 6 MARIACHI TOUR, is back in the studio.Official website.

7) Coma was a Swedish sludge metal band that was greatly inspired by Neurosis, Isis & Alice In Chains

8) Coma is an acoustic project of Spencer Mertel based in Seattle, Washington. Coma's MySpace.

10) Coma is an alternate ego of Simon Rees who released an Ambient-IDM album called "Chronoglide" under the moniker Astral Engineering on Worm Interface Recordings in the mid 90s. The drum and bass side-project Coma turns up via a few remixes and also on the first "Alt.Frequencies" compilation on Worm Interface with the track "Zero".

12) Coma was a former Slovak rock quaternion consisting of Miroslav Feher (guitar), Jozef Toma?ovi? (drums and vocal), Franti?ek Vizv?ry (bass guitar) and Peter Toma?ovi? (vocal). Their only one album was issued in 1992 under label Musica called Tak sa m?m. Samples from this record as well as scanned album covers can be found in the shop where album is still selling.

13) Coma is a Cologne-based techno-/electro duo - Georg Conrad and Marius Bubat. After a couple of ambient-like tracks they turned more into the electronical style of music. In early 2008 they got signed by Firm Records/Kompakt and released a 12" played on heavy rotation by famous Techno DJs like Superpitcher, Tobias Thomas and Sascha Funke. (MySpace)

15) Coma is a Black Metal band from Germany. They formed in 2004 and have released two demos.

16) Coma is a Melodic Death-Black Metal band from Italy.

17) Coma was a thrash metal band from Poland.

18) Coma was a Technical Grind/ Death metal band from Romania.

19) Coma was a thrash metal band from Washington, USA.

20) coma is a post-rock band in Georgetown, Penang Malaysia. (MySpace)

Coma hails from a two-block radius in Albany, NY (a city with deadly low self-esteem, but I digress). They practice in a spooky warehouse across the river. The three boys performing under the name Coma have spent the last almost-decade playing their little hearts out in musical outfits of tiny personal successes (Zahnarzt, Lincoln Money Shot, Amazing Plaid) and retarded, cringe-inducing failures (Starts With A 'B' Ends With An 'H').

Coma sounds like a nihilistic ghost trapped in the body of a friendly robot. It's wicked reductive to compare 'x' to 'y', but that's what you're interested in, right? Well, the boys like to listen to Scott Walker, Bobby Conn, the Screamers, the Birthday Party, David Bowie and the fun Brian Eno records. They enjoy cozy living rooms, bottomless dark nights of monumental personal reflection, drinking with friends and listening to dub-step. Their turn-offs include old people and tacky coupons.

This Side Of Paradise

Don't Set Your Dogs On Me