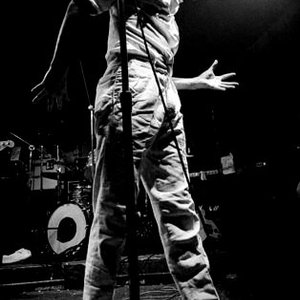 Newman is a member of the art rock band, Wire. When the band temporarily split in 1980, Newman pursued a solo career. His first solo LP, A-Z, was released in 1980 on the Beggar's Banquet label. The album veered from extremely skewed pop to more mainstream numbers, such as "Order for Order", which was compared by some to Gary Numan. A track from the demos for this LP (featured on CD versions but not included on the original vinyl release), "Not Me"...

Newman's second LP, the entirely instrumental Provisionally Entitled The Singing Fish (where all the tracks were titled for numbered fish), was released on the 4AD Records label in 1981. A third LP, Not To, which along with original compositions reworked a number of tracks originally written for Wire , was released in 1982 on 4AD.
Wire reformed in 1984. In 1986 another solo LP, Commercial Suicide was released on the Crammed Discs label. A massive change in style for Newman, the album is reflective and highly orchestrated. His next LP, It Seems, followed a similar path, albeit with far more use of sequencers ? something Newman would continue to work with for a number of years. Both Crammed albums featured Malka Spigel who has been included in all subsequent solo & collaborative work.

Newman's only other de-facto solo outing was the mid 1990s release 'Bastard, an almost entirely instrumental release with tracks largely built from guitar loops and samples. Released on his own label, Swim ~ , the first pressing of the album was packaged with a free copy of Newman's four track Voice EP. Despite Newman's name being on the cover, he says these releases, along with several others on Swim ~, are essentially collaborative efforts with life, and musical partner, Malka Spigel. Therefore, Spigel's albums and the pair's releases as immersion could to some extent be considered Newman "solo" efforts as well