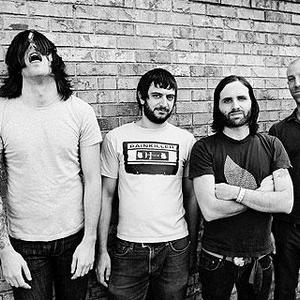 Clouds is a Finnish electronic music production team that consists of Tommi Liikka and Samuli Tanner. Tommi is a Helsinki native and Samuli comes from a small village deep in rural Finland. The pair met through mutual friends in 1999, and ever since planned on working on some music together, hindered by both working on various projects and shows of their own. The plan was finally realised after a string of coincidences and happy accidents led them to sharing a house in the northern suburbs of Helsinki.

Tommi is a veteran DJ and promoter who has been working hard to introduce people to the strange sounds emerging from the US west coast hip-hop underground, while keeping an ear open for various musical styles all sharing a common thread: bass weight. He has brought the music he believes in to the people of this cold northern nation by releasing numerous mixtapes, organising shows for artists he felt needed to be heard and by running his record label, Anti-Party Music.

Samuli has been producing and releasing electronic music under various aliases such as Ponytail and as part of the Dubbing Mixers project, as well as playing drums in noise/punk bands and co-running the Tuulanauhat record label. Samuli's signature production style, most audible in his Ponytail project, is a healthy mashup of lo-fi drones and sample-heavy cut n'paste workouts built into hip-hop instrumentals.

The combination of these musical influences is evident in Clouds - both members share an interest in the DIY aesthetic often connecting all kinds of music made with passion, not brains. And passion is a trait that overlaps any genre or style boundaries, leading to music that is willing to break the mold.

By 2006, Tommi was already deep into dubstep, and when the pair finally got together for a few fun and productive sessions trying to nail down the style, Clouds was born. The Clouds sound is like a soundtrack to the invasion of earth by little and green, but dubwise, aliens. It's a fresh take on the standards of dubstep, combining elements from video games, experimental music and hip-hop with deep melodic meditations and dancefloor-shredding basslines. Always keeping it fresh, Clouds tracks rarely tread a path they've previously stepped on. This has been noted by many of the scene's top DJ's, leading to Clouds being championed by people like Joe Nice, Geiom, Skream, N-Type, L-Wiz, DJ/rupture and Tes La Rok. Not ones to leave the footwork for others, Clouds has also been travelling to spread their sound to various places such as China, France, UK (DMZ and Subdub among others), Russia, Ireland and Sweden.


2. Clouds (60's Scotland)
Clouds were a Scottish psychedelic/prog rock band active from 1964 through 1971. Initially called The Premiers, and then 1-2-3, the band consisted of Ian Ellis (vocals, bass), Billy Ritchie (organ) and Harry Hughes (drums). As 1-2-3, the band had a headlining Marquee residency in 1967, attended by future rock luminaries such as David Bowie, Keith Emerson, Rick Wakeman, Yes, and King Crimson. Playing an early form of progressive rock two years before it became fashionable, the band were signed by Brian Epstein and Nems, but crucially, did not release any recordings, ironically leaving the progressive scene to flourish and leave them behind, though they much to do with influencing it in the first place.

The band was then signed to Chrysalis, and released three albums on the labels Island and Chrysalis: Scrapbook (1969), Up Above Our Heads (1970) and Watercolour Days (1971). Many headlining tours in Europe and the USA followed, but the band were unable to creat sufficient public interest, and disbanded in late 1971.

Only some years later, a critical reappraisal of 1-2-3 led to the band being properly credited as a definitive precursor of the progressive rock movement. Billy Ritchie (the keyboard player) was credited as being the first keyboard player in rock to stand and take a leading role, paving the way for others like Emerson and Wakeman.

Boston's Clouds deliver unbridled action-rock harking back to the mid/late '90s Man's Ruin garage onslaught - which, in turn, owes its collective hearing loss to the likes of the Wipers, Bad Brains, Stooges, and MC5.

They say you can take the kid out of the rock, but you can't take the rock out of the kid?or some shit like that. This is especially difficult when ?the kid? in question is Cave In's Adam McGrath, fearless leader and vocalist/guitarist of Clouds, an outfit that delivers unbridled action-rock harking back to the mid/late-'90s Man's Ruin garage onslaught?which, in turn, owes its collective hearing loss to the likes of the Wipers, the Bad Brains, the Stooges, and the MC5. So you can see what kind of lineage we're talking about here. But wait?that's not all these Boston gents have to offer: From nasty psych and Southern power grooves to (believe it or not) ?Party Grunge? and sax'd-out dub, Legendary Demo has it all. Unlike anything else in Hydra Head's vast back catalogue, this is truly a revelation.

At just 20 and 21 years old, Scottish techno duo Clouds have already earned a tremendous list of supporters from a broad spectrum of the most respected names in techno, names that are simply too convincing not to mention. Their cadre of famous fans includes pure-techno juggernauts (Marcel Dettman, Chris Liebing, and Richie Hawtin), giants of Big & Loud festival stages (Boys Noize, 2ManyDJs, and Erol Alkan), and all-around legends (Martin Gore, Michael Mayer, The Chemical Brothers, and Sven Vath).

In just a couple of years, Clouds have already pumped out five quality EPs, and are now kicking off an ambitious series of 12"s for Turbo Recordings, entitled 'Tannhauser Acid Works'. An uncompromising, even brutal exploration of extreme directions in underground sonic destruction. These are visceral, rough, warehouse-ready anthems with massive appeal, despite arrangements that have been stripped down to their most essential and impactful.

The Clouds formed in Sydney, Australia in 1989. The nucleus of the group was Jodi Phillis (born in Australia and raised USA) and the New Zealand born Tricia Young. Prior to being in the Clouds Jodi was a member of the short-lived 'The Nu-Genes', while Tricia had never been in a band at all. They met when mutual friends introduced them at a BBQ.

Within a year, they were signed to Red Eye Records, having added Stuart Eadie on drums and Dave Easton on guitar. Later Raph Whittingham would replace Eadie, with Ben Nightingale stepping in for Easton.

Starting out with a very strong pop element, their sound evolved into something tougher, darker and more experimental. The Clouds never achieved mainstream success in Australia however their records sold a consistently with Penny Century going gold. They had a large and loyal fanbase and toured in the US and Europe. In particular, Jodi Phillis continued to perform in numerous other bands and as a solo artist.

Part of the flourishing Australian independent music scene in the early 90's, that included The Falling Joys, The Hummingbirds, Ratcat and The Underground Lovers, The Clouds left an enduring legacy of articulate and gutsy rock and roll.

The band consists of Artur M. Janiec, who is an author of the music and Eliza Machnik - vocalist. Clouds performs synth-pop and downtempo music. They are from Suwa?ki city.

Glaswegian indie-pop act on the Subway Organization label. Most of the Similar Artists on last fm seem to be related to this version.

Clouds had a constantly changing line-up and eventually broke up in 2006.

Up Above Our Heads CD2

Up Above Our Heads CD1