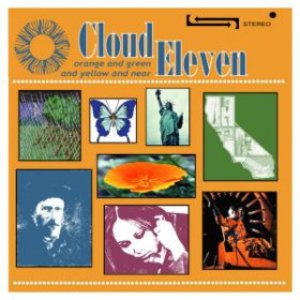 Cloud Eleven is a band led by L.A.-based pop music savant Rick Gallego. Rick grew up listening to music legends such as The Beach Boys and The Beatles, and began his own musical journey in the late 70's as a bass player in various cover bands, including a couple of jazz ensembles. Quickly evolving into writing his own songs and switching to guitar, he formed his own award winning bay area bands in the 80's (The Singles, Rickardo's Bandoleros.) This led him to move to the Los Angeles area in the late 80's to pursue his goal of being an R&B songwriter for other artists.

When that career quickly died, he decided to return to his love of melodic pop music, bought a cheap eight track recorder and began recording a bunch of demos, singing and playing all the instruments himself. Those demos turned into the 1996 album Demolicious that was released under the band name Jiffipop. The album garnered rave reviews and got the ball rolling for the next phase of his career- Cloud Eleven. LA-based label Del-Fi Records got a hold of Rick's next batch of songs, which was originally intended to be the follow-up Jiffipop album. Released in 1999, the self-titled Cloud Eleven album, (the name was changed to avoid a lawsuit from the popcorn company,) also received stellar reviews. CLOUD ELEVEN was the first full-length release on DF2K (Del-Fi 2000), an imprint run by young pop-fiend mavericks on the staff of a legendary and often-infamous indie label from the Sixties -- Del-Fi Records.

Since then, Cloud Eleven has released three other albums that are often hailed as pop classics-- Orange and Green and Yellow and Near in 2002, Terrestrial Ballet in 2004, and Sweet Happy Life in 2006. Cloud Eleven's music has been used in various television shows on ABC, NBC in the USA and abroad.

orange and green and yellow and near