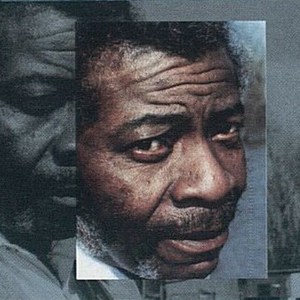 Louisiana swamp blues veteran Clarence Edwards was rediscovered in the '90s after a long hiatus from recording, and began to garner some of the recognition he deserved just prior to his unfortunately timed death. Edwards was born March 25, 1933, in Lindsay, LA, as one of 14 siblings. When his family moved into Baton Rouge, the 12-year-old Edwards began to learn the guitar by listening to old Charley Patton records.

Sometime in his twenties, Edwards began playing the local blues circuit, initially joining a band called the Boogie Beats, which featured his brother Cornelius, Landry Buggs, and drummer Jackson Acox. Edwards also played with the Bluebird Kings, but his most notable (or, at least, frightening) experience on the circuit came one night when he was shot in the leg during an altercation outside the Silver Moon Club in Alsen. Apart from playing music, Edwards supported himself with farm work, and eventually landed a job at Thomas Scrap, where he worked for over 30 years. Edwards' first recording sessions were undertaken from 1959-1961, when he, his brother Cornelius, and violinist James "Butch" Cage recorded together for folk chronicler Harry Oster (see the Country Negro Jam Sessions album). In contrast to the traditional approach of those sessions, Edwards' next recordings -- done in 1970 for producer Mike Vernon -- were more conscious of contemporary trends; they've been issued on compilations like Louisiana Blues and Swamp Blues. Edwards remained largely silent until the mid-'80s, when bluesman Tabby Thomas' club the Blues Box helped revive the Baton Rouge blues scene. Thanks to Thomas, Edwards began finding regular performance work again, not just locally but on the blues festival circuit as well. In 1990, Edwards finally recorded his first full-length album, an acoustic/electric affair for Sidetrack titled Swamp's the Word (it was later remastered and reissued on CD by Red Lightnin'). 1991 saw the release of another album, Swampin', this time for New Rose, and 1992 produced Louisiana Swamp Blues, Vol. 4, a compilation of mostly Edwards sessions featuring him both solo and with a small group. The quality of Edwards' work earned generally high praise in blues circles, but sadly, just as he was beginning to gain wider recognition among aficionados, he died in his longtime hometown of Scotlandville, LA, in 1993, at the age of 60. ~ Steve Huey, All Music Guide

I Looked Down That Railroad