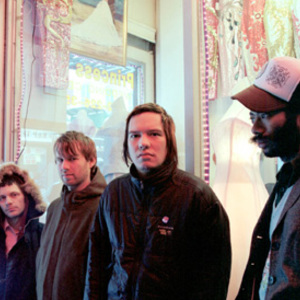 The 90 Day Men moved to Chicago in 1995. As a St. Louis based band during the late days of the last century they specialised in angular moves and new wave-ism before it became fashionable. They released two seven inches, two EPs and one album, (It (Is) It) Critical Band, in this mode. A decisive moment came with the introduction in 1999 of Rhodes piano player and keyboardist Andy Lansangan, half way through writing (It (Is) It) Critical Band.

A decisive moment came with the introduction in 1999 of Rhodes piano player and keyboardist Andy Lansangan, half way through writing (It (Is) It) Critical Band. Lansangan's style and musical presence gave the band's songs the ability to move in new directions. Although they retained much of their New Wave, art rock sensibility, the piano became the main instrument. Where once there had been angular unhinged riffs, there were now pastoral piano motifs. In 2002 the 90 Day Men went into record the new songs with John Congleton (of the Paper Chase) and the result was To Everybody, an album of outstanding breadth and depth. With nods to psychedelia and progressive rock and Congleton's breathtaking recording prowess, the album was a dearly loved artifact.

After a brief tour of Europe and the United States, they returned to the studio, again with Congleton behind the desk, but this time at Steve Albini's Electrical Audio studio and John McEntire's SOMA studios. The result was twofold: the Too Late Or Too Dead EP released in September 2003; and the album Panda Park which was released in early 2004. Their newer sound is more vocal-based but retains the progressive/psyche sound.