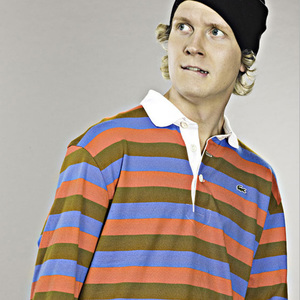 There are at least four artists named Chris Lee: 1) A Christian R&B singer. 2) Kristoffer Lie, better known by his artist name Chris Lee, is a Norwegian Hip Hop-artist. 3) Chris "C.P." Lee is a musician form Salford, UK. He was a member of Alberto Y Lost Trio Paranoias and Gerry And The Holograms. 4 ) Chris Lee is a singer-songwriter hailing from Charlotte, North Carolina. 1) A Christian R&B singer. In one year, singer Chris Lee has seen his career take a massive turn for the best in 2010.

1) A Christian R&B singer.
2) Kristoffer Lie, better known by his artist name Chris Lee, is a Norwegian Hip Hop-artist.
3) Chris "C.P." Lee is a musician form Salford, UK. He was a member of Alberto Y Lost Trio Paranoias and Gerry And The Holograms.
4 ) Chris Lee is a singer-songwriter hailing from Charlotte, North Carolina.

1) A Christian R&B singer. In one year, singer Chris Lee has seen his career take a massive turn for the best in 2010. Going from unsigned singer to Grammy-nominated writer for his work on Lecrae's album, Rehab, Cobbins has entered the greener grass on the other side after 6 years hard and God-driven work. The 26-year old has featured on cemented rappers' albums including Dre' Sr's latest album, The Maturation, Trip Lee's bust out third album, Between Two Worlds, and is featured on the much anticipated fifth album from Clear Sight Music Records artist and St. Louis-native Flame's new album Captured. Now, Cobbins is set to release his very own full length EP entitled, The Medicine. The Medicine is produced by none other then the incredible CheeseBeats aka 'The Kracken'. CheeseBeats has made numerous beats for Lecrae (Killa, High, 40 Deep, Boasting, and Release Date), Sho Baraka (We Can Be More, Me, Myself, and I), Trip Lee (Twisted, Life 101), and Tedashii (Bury Me). This 7-song EP starts off with the well-received first single All About You featuring southern artist PRo. The track is definietly begging for mainstream radio play as already forseen by CheeseBeats as said in an interview by Cobbins on DJ PDogg?s radio show. With tremendous energy in the hook and perfectly-timed drum fills all through the song, Cobbins exclaims the greatness that is God. Every attribute, the value of Him giving us life in Christ, and how every action of good is dedicated to Him. Period. ?All About You? is a great song, that will elevate Cobbins to another level in the music industry. You can buy ?All About You? on iTunes and Amazon. ?Medicine? is a feel-good dance party track that puts you in the mind of mainstream pop anthem. Speaking of the joy of how we need an antidote for life, Cobbins shows how it is important to daily take a dose of the scriptures and how vital it is for us to do so. Sin is the problem. Jesus is the solution. ?Twitter Love? is a straight out dougie jam. With assistance from Dre' Sr., the two precisely tell how fickle we are as humans. Using the metaphor of the social networking site, Twitter, Cobbins explains how we as Christians are just not feeling what the scriptures are saying and other times we really are loving what it says. As horrible as that sounds, we all have to admit to not listening to God at one point or another. We conjure up some manure-filled plan and convince ourselves that it will work better than God's. But we ?retweet? the word of God when we agree with what it says. Cobbins and Dre' Sr. are conveying that any other plan outside of God's will ultimately fail and if even we are not really liking what it is saying, we must do it, one because if we claim to love Him truly we would follow his commands (John 14:15). And as a bonus, it is the best way for us. Sounds like a win-win situation to me. ?Chase Me Down? is by far my favorite beat of the album. It's a slow tempo with hard-hitting bass lines that coincides with the message of how we flee from temptation and sprint to the cross. Honestly, it would be interesting to see what would have happened to the song if he had a featured artist on it. There's an empty part of the song after the second verse and even what sounds like a leading bridge to a featured third artist but instead it plays the instrumental and back to the chorus. Nonetheless, it is a unique and wonderful song. Jumping back on the dance train, ?Play With My Heart? is about sin and the dirty foolish tricks it plays and how we are even more foolish for giving into the plans that will undoubtedly cause massive havoc and seemingly endless problems, that can only be dealt with, reconciled, and purged through Jesus Christ. Breakers will love this song as it contains high energy and strobe light love-ability. This is the second single of the EP and you can also buy ?Play With My Heart? on iTunes & Amazon. ?Flatline? appeals to the Christians who look over their day at the end of night and notice areas of their day where they sinned and did not necessarily show Christ's love. They use this time to repent, put those actions to death forever, and make a conscious effort not to do those things again. It is a very heart-felt piece where the listener can truly relate to reflecting on a day when he lies his head down at night. ?Round of Applause? is the final chapter of the EP, as Cobbins slows it down giving a great thanks to how God loves and how we anticipate when people ask us where our peace comes from. Cobbins also shows his vocal range as in the verse he hits a baritone while in the last verse he even hits a high tenor giving the song a nice sense of diversity and sootheness.

Chris Lee Cobbins has definitely had a magnificent and unexpected 2010 and this EP puts him on the platform to launch to bigger heights in 2011. The Medicine releases on December 28, 2010 on iTunes, Amazon, and other music outlets.


2) Kristoffer Lie (born October 28 1982), better known by his artist name Chris Lee, is a Norwegian Hip Hop-artist from Sandvika, B?rum. He was initially known for the way he combines Hip Hop with acoustic elements, and he both sings, raps and plays the guitar. More recent material, like from his new album Love Ghost, is more electronic and synthbased. His new album could be described as a mix of Pop, R&B and Hip Hop. The album also feautures collaborative work with artists like Too $hort, Name, OnklP, Joddski and Maya Vik.

Chris Lee has for years been affiliated with the Hip Hip collective International Loose Cannons from Oakland, California, and has spent huge amounts of his career on the US westcoast.


3) Chris "C.P." Lee is a musician form Salford, UK. He was a member of Alberto Y Lost Trio Paranoias and Gerry And The Holograms.


4 ) Chris Lee is a singer-songwriter hailing from Charlotte, North Carolina. He currently lives in Brooklyn, New York. He plays in NYC a lot.