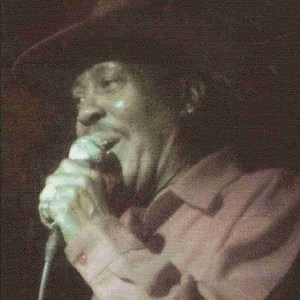 Chick Willis, who currently resides in Forsyth, Georgia, was born in 1934 in Cabiness, Georgia. His dad was a railroad man and the Willis family moved to Atlanta when he was about 6 years of age. He was surrounded by music as a youngster and displayed an early affinity by teaching himself guitar while already having experience with vocals, learned by singing with a gospel group he and his brother and cousins sang with at their family church, and other church gatherings. His early influences included Sam ?Lighting? Hopkins, Guitar Slim, T-Bone Walker, and Little Milton in the later years.

He became good enough in his late teens to begin working professionally in Atlanta at the old Royal Peacock Club, where he backed or played with a wide variety of talent such as Jackie Wilson, The Five Royals, Ray Charles, Big Joe Turner, Nappy Brown, Sam Cooke, Jimmy Reed, and many others at venues ranging from the Apollo Theater to the Magnolia Ballroom. He made his recording debut around this time for the small Ebb record label out of Los Angeles, California.

Chick began working with his cousin, Chuck Willis, a rollicking R&B showman who was later known as the ?King of the Stroll?. Throughout the middle 50's and up until Chuck's death in 1958, Chick toured incessantly with Chuck's review all over the country. It was with this band that Chick solidified his concept of a satisfying stage show and emerged from this period with a wealth of valuable experience. Chick has since fronted his own units and has become one of the most in-demand performers on the Blues and R&B circuit. His penchant for raucous humor was undoubtedly primed when he gigged in the 60's with Rudy Ray Moore of ?Petie Wheatstraw? fame. He even snagged a small part in the movie. He also had a small part in the Buddy Holly story. In addition to being a first rate guitarist and vocalist, Chick plays drums, keyboard, harmonica, and bass. Sometimes he plays the guitar with tongue and under his legs. Anything is possible in his pursuit to electrify an audience with his dynamic stage presence.

Let The Blues Speak For Itself

The Don of the Blues

I Did It All

I Won't Give Up

From The Heart And Soul

I Got A Big Fat Woman

Back To The Blues