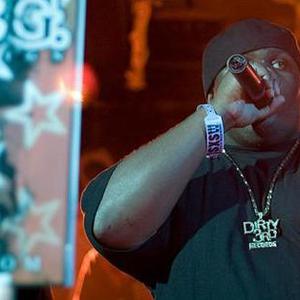 In the summer of 2000, Chalie Boy was discovered by DJ Bull and joined Dirty 3rd Records, as a member of the super group, The Freestyle Kingz. Reigning from Hearne & Calvert, Texas, Chalie Boy appeared on over 25 mixtapes, before featuring on his first original group album, Off Tha Chain, in 2002. A brief stint with a duo produced 4 projects, including 2 classics; The Best of... & A Gentleman & A Gangsta, before Chalie Boy became a solo artist in 2004.

The release of his highly acclaimed debut solo project entitled Makin My Way, which sold an impressive 20,000 copies, made Chalie Boy an underground force in the Texas music scene. In 2005, Chalie Boy's Greatest Hits Vol. 1 collection was released & continued to propel him into underground stardom.
With performances throughout Texas, Louisiana, Arkansas, Oklahoma & Florida, he has garnered fans all over the United States and throughout the world. His Versatyle Mixtape series has allowed Chalie Boy to increase his fan base, while at the same time allowing aspiring artists to showcase their talent. While his catalog sells consistently throughout the entire United States & over seas, Chalie Boy continues to work fervently on new material to feed the hunger of his fans. In early 2006, Chalie Boy teamed up with world renowned DJ, Rapid Ric, for his classic solo release entitled Versatyle Child, which has sold more than 30,000 copies to date. His 2006 follow-up to Chalie Boy's Greatest Hits Vol. 1, aptly titled Chalie Boy's Greatest Hits Vol. 2, showcased more than 35 of his most popular songs from his seven year career.
With his rapping/singing method of delivery, Chalie Boy has created a unique, hybrid style of rhyme that sets him apart from most artists in the music industry. Chalie Boy has worked with the likes of Slim Thug, Trae, Chamillionaire, Paul Wall & Mike Jones, while recording several of his projects and creating timeless music, over the years.
His highly anticipated solo album, Makin My Way 2, will be released nationally later this year, featuring the hit single Bumpa Grill.

The Grind Pays Off (Slowed-N-Chopped By Dj Luis)

The Grind Pays Off (Hosted By Dj Scream)