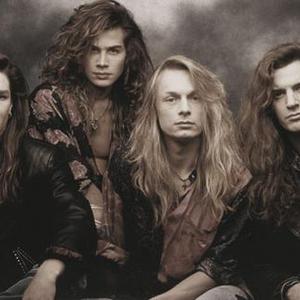 There are three artists named Casanova. 1) Casanova is a eurobeat vocalist. His real name is Maurizio De Jorio, and most of his work has been for the Delta eurobeat label. Other aliases of De Jorio include D.Essex and Niko. 2) Casanova, a chilean indie-rock band. A band rich in chemistry and imagination, is the final product of a string of influential bands including Los Santos Dumont, Angel Parra Tr?o, and Sintra.

1) Casanova is a eurobeat vocalist. His real name is Maurizio De Jorio, and most of his work has been for the Delta eurobeat label. Other aliases of De Jorio include D.Essex and Niko.

2) Casanova, a chilean indie-rock band. A band rich in chemistry and imagination, is the final product of a string of influential bands including Los Santos Dumont, Angel Parra Tr?o, and Sintra. With these rewarding endeavors now in the past, Juli?n Pe?a, Jos? Luis Saavedra, Rodrigo Otero, and Felipe Quiroz have begun to experiment and refresh their harbored talents in a new dynamic light. Together as Casanova, their music character is complete.

The songs they compose are about life. Compromise with more than a dash of soul. Simple. Never overwhelming, with no more than four instruments integrated at time. Introspective but hardly depressing. Complacent but far from smug, as you can hear from Juli?n's vocal work.
Based in Santiago de Chile, the boys are heavily influenced by their surroundings. such as living life to live to the fullest. They make music as we listen, without the greed or fame hunger, naturally. And perhaps this is the reason why they stand out among others. Their affability and unbiased perspectives are merely a glimpse of what theyre about as musicians.

The band's debut album ?Casanova? was released in 1991 on WEA Records (today: Warner Music) and gained massive feedback from both fans and critics and is internationally considered to be one of 1991's classic hard rock albums these days. Headlining tours followed and the band gained a huge follow-ship on the Asian territory as well. The result was the live EP ?Inbetween?, also released in 1991.

CASANOVA started to record the follow-up album in 1992: ?One Night Stand? which saw bassist Jurgen Attig leave the band. He was replaced by Jochen Mayer (BOYSVOICE) at the time. After the release of the album, CASANOVA successfully went on the road again to support chart breakers WARRANT and another smaller headliner tour to be followed.

With the acoustic record ?Some Like It Different?, which was produced by ACCEPT guitarist Wolf Hoffmann, another EP followed and showed the band from a different side. Of course this release resulted in another tour ? a well remembered acoustic journey through Germany . All aforementioned releases these days are rare collector's items.

The starting Grunge era put a negative light on the previously healthy relationship between band and record label but as CASANOVA didn't want to follow any trends, both parties agreed on parting company.

Until the late 90s, the band used the time to sort some things out and to record various demos. The music scene turned back to normal a bit and a fantastic offer from Japan in 1999 finally resulted in a new album which was entitled ?Heroes?, followed by the EP ?Sway?. European record companies started to show interest in those releases soon as well, a new record deal was sorted out but differences with the label resulted in the final split of the band.

Michael Voss and Jochen Mayer continued working together and until now have released four highly acclaimed albums with their band DEMON DRIVE. In between, Michael also started collaborations with Don Dokken, Don Airey (ex-Rainbow, Ex-Ozzy Ozbourne, Deep Purple), Bob Daisley (ex-Rainbow, Ex-Ozzy Ozbourne) and Gary Barden (Michael Schenker Band) and gained himself a good name as one of the most wanted producers in Germany.

Stephan Neumeier joined the band of German rocker Jurgen Zeltinger and drummer Michael Eurich most recently performed a small re-union at some of DORO's live shows in original line-up of DORO & WARLOCK which resulted in offers to perform at various big European festivals this Summer with that particular original WARLOCK line-up including Wacken Open Air.

All Beauty Must Die

Ticket To The Moon