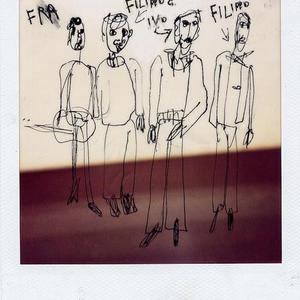 Casa are an italian experimental rock band, formed in Vicenza, in 1998. Their compositions show elements of psychedelic rock, blues, minimal music and avant-jazz. The group recorded five albums on the indie label Dischi Obliqui. Despite an ever changing line up, the group essentially consists of its founder and only constant member, Filippo Bordignon (composer, singer and lyricist). Casa constructed their music largely through collective spontaneous composition ?? which the band differentiated from improvisation in the jazz sense.

The band's influences include Captain Beefheart and John Coltrane as well as Bert Jansch, Frank Zappa and John Cage (expecially for the use of indeterminacy in music).