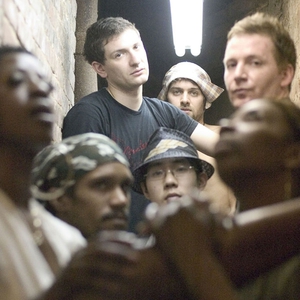 It might seem odd for a band without a full-length to enjoy accolades ranging from the New York Times to Pitchfork, but ESCORT is definitely not your typical band. Escort is big. Literally. The seventeen-member ?disco orchestra?, founded by producers Eugene Cho and Dan Balis, and fronted by lead singer Adeline Mich?le, features an incredible cast of musicians who have played with everyone from indie-rock titans Arcade Fire to avant-classical luminaries Alarm Will Sound.

Escort burst on to the scene in 2006 with a string of critically acclaimed 12"s that included future classics "Starlight" and "All Through The Night", both DJ staples that still get plenty of play on dancefloors. As DJs nursed their electro-clash hangover with a seemingly never ending stream of disco edits, Escort stood out, in part, by creating dance music the old fashioned way: with impeccable production, musicianship, and songwriting.

A Bright New Life b/w All That She Is

All Through the Night