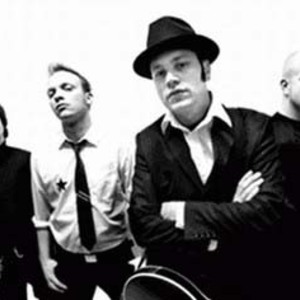 59 TIMES THE PAIN, the band name is by the way a song by H?sker D?, is a swedish punk/hardcore band that played a really strong music, really fast, energic with some melodic aspects. Back to the nineties when they formed, they were part of the Burning Heart famous label with bands like Randy, No Fun At All, Satanic Surfers, Millencolin and Raised Fist. The band was formed in Fagersta, Sweden in 1992 by Magnus Larnhed (vocals / guitar), Michael Conradsson (bass), Toni Virtanen (drums) and Kai Kalliom?ki (guitar).

The band was formed in Fagersta, Sweden in 1992 by Magnus Larnhed (vocals / guitar), Michael Conradsson (bass), Toni Virtanen (drums) and Kai Kalliom?ki (guitar). The bandname is inspired by a song from H?sker D? with the same name. Kalliom?ki soon left the band to be replaced by Niklas Lundgren. Their first demo "Feeling Down" got some attention from Burning Heart Records, and in 1993 the band signed to the label. The following year the band recorded their debut album Blind Anger & Hate.

In September 1995 the band returned to Unisound to record their second album, Twenty Percent of My Hand. Despite the somewhat strange production and the punk-rockish single track "Can't Change Me" it turned out to be one of the most hardcore sounding albums in the band's career.

Their third album, End of the Millennium, was released in February 1999 with their fourth (and final) album, Calling The Public, released in 2000. The band also had songs included on several compilations, including 1999's Short Music for Short People and Punk-O-Rama Vol. 4. The band split in 2001. On January 30, 2008 they announced that they were reforming to play Groezrock festival.

End Of The Millenium

Twenty Percent Of My Hand

More Out Of Today