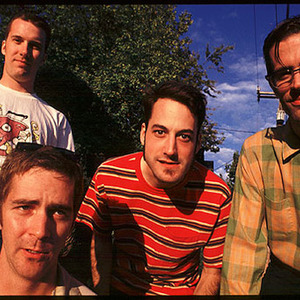 Gas Huffer was a Washington State band that played a sort of rockabilly punk, with lyrics both formal and comical, with antic stage presence. The classified themselves loosely in the Garage punk genre. The band created comic books with each album (drawn by Joe Newton, now deputy art director for Rolling Stone magazine), that contain the lyrics to the songs. They are contemporaries of many, much more famous, Pacific Northwest rock groups.

Gas Huffer played its final show - dubbed "The Last Huffer" - at Seattle's Crocodile Cafe on January 14, 2006. Opening the show were Girl Trouble from Tacoma, Washington, and Canned Hamm from Vancouver, British Columbia. At the conclusion of Girl Trouble's set, K.P. Kendall called Gas Huffer's Tom Price (who has been diagnosed with Parkinson's disease) to the stage and presented to him a "Certificate of Achievement".

Prior to Gas Huffer, Tom Price played with The U-Men.

The Inhuman Ordeal Of Special Agent