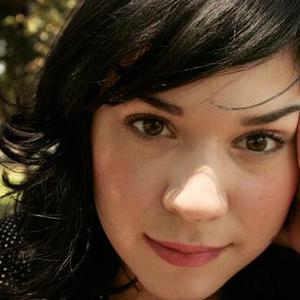 Carla Morrison is a Mexican singer who lives in Baja California Mexico, whose business is to create music with pedals with clips and loops, along with her keyboard and electroacustic guitar effects, based on their songs build with layers live music second to third and quarters voices of herself ... In their sound you can feel the melancholy and the feeling of a very innovative proposal and avant-garde, as entertaining as it gives a lot chipazos melody and happiness ..

In early 2006 Carla begins to interact with various rock cover bands in Spanish, at the end after six months you decide to move to Phoenix Arizona (USA) where she studied several semesters in the Department of Music Comunnity Mesa College, a small branch of the University of Arizona. Within a short time withdraws from school and begins to expose the musical and form a band called Babaluca consisting of a trio .. one girl on guitar (Nicholas Petter) a drummer (kizer nick) and a keyboard and voice (Carla Morrison) and make up melodies and sounds that classify and bilingual indie band of the moment .. in your city soon afterwards, were interviewed by the Univision television network viewed as a Hispanic pride and soon pressed for prizes of Stylos Phoenix Arizona, as "Best Indie Band of Arizona for 2008" and then share the stage with Girl in a Coma, Pastilla, Kinky until Babasonicos and are recognized and well received in the prestigious stages of the city of Los Angeles California where Moses shortly aka "El Perro" former guitarist for the band "The Quit" who became her manager and was also interviewed by Alborde.com, and give a presentation called Alborde Acoustic Acoustic Sessions, Big Wednesday's and were interviewed by Latino Perpectuve and Phoenix New Times, among others .. Fonograma.com Club Carla participated in the recording of the album of the singer Lonna Kelley "Go Away Closer" where did all the choirs sopranos of most of the disc. And soon Babaluca is almost finished his first album to lift sales in the U.S. and gave its Babaluca band output.

At the commencement of the year 2009 Carla released her first solo EP in Mexico called "Learning to learn" in www.redmondmusic.com studies in Phoenix Arizona which consists of six songs written and produced by herself and recorded a bonus track where sings and lives up to the song "Bitter Drinks of Liquor" by Ramon Ayala. Thus starting his solo career.

Natalia Lafourcade are offered to help Carla to record and produce something at home, simply because it filed its fan ... and Natalia Carla met in December 2009 in Mexico City where she had the opportunity to play at the Teatro fru fru , opening for the show disc release of Natalia Lafourcade huhuhu. She was interviewed by radio alternative music's most famous and best known of Mexico City called Reactor 105.7 FM, recorded a session with 90.9 Clickaporte in Latin as well as "The Lonely One" was selected as the song of the week on Itunes Mexico and USA . (February 2010)

Her songs "The Lonely One" and "Tears" were added to the series to OnceTV televisiba "SOY TU FAN" that will air this 2010 and will be used for the first 13 chapters in this series involved actors Ana Claudia Talancon, Martin Altomaro Oswaldo Benavides, Maya Zapata.

The most recent .... Carla spent the month of April in Mexico City, finished recording her new album out in summer 2010 with Natalia Lafourcade, so too Leon (former member of Sin Bandera) will be the executive producer of the album helped with the mastering of the disc in the city of New York. Carla also be part of the choir of the presentation of Julieta Venegas at the Festival Vive Latino 2010 Mexico City, the largest Latin American festival in the country.