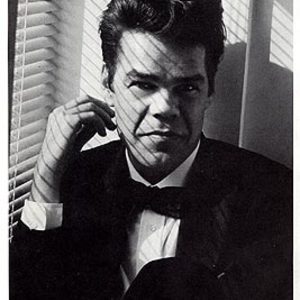 "Buster Poindexter" is the pseudonym rock singer David Johansen adopted in the mid-'80s for a semi-comic nightclub-singer act he began to perform. His "one hit wonder" song is entitled "Hot,Hot,Hot." Eschewing his hard rock solo career (which followed a stint as lead singer of The New York Dolls), Johansen turned up at the New York club Tramps in a tuxedo, with a band he dubbed The Banshees of Blue, and sang pop standards, jump blues, and various novelty material. Eventually, the act won him a record contract, resulting in a few albums on RCA, but it was basically a live attraction.

Since then, Johansen has pursued an acting career, though he maintains The Buster persona, appearing, for example, in the Catskills in the summer of 1992.