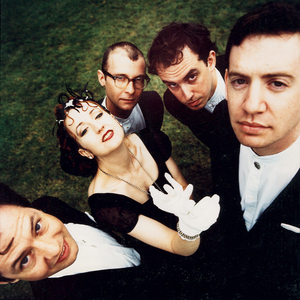 Combustible Edison was a group founded in 1991 in Providence, Rhode Island, United States, and was one of several lounge music acts that led a brief resurgence of interest in the genre during the mid-1990s. Unlike other bands with a more ironic take on the lounge scene, Combustible Edison took the music seriously and strove to add to what its members saw as a canon of works, such as those by Esquivel, Henry Mancini, and Martin Denny.

Originally formed around 1991 o serve as the musical accompaniment to a stage show entitled "The Tiki Wonder Hour," the 12-piece "Combustible Edison Heliotropic Foxtrot Orchestra" slimmed down to its five core members, shortened its name, and put out a debut album, "I, Swinger," on Sub Pop records. The band put out two more full-length discs - "Schizophonic!" and "The Impossible World" - and several singles. The band also recorded the soundtrack to the film Four Rooms, with music produced by Mark Mothersbaugh.

Experimental film maker Kenneth Anger claims that he was asked to direct a music video for Combustible Edison, but turned the request down after listening to a tape of the bands music.

Some of their music is featured on the soundtrack of the movie Four Rooms.