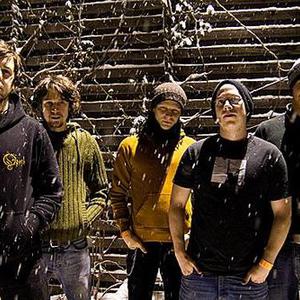 Rock without age, metal without spikes, progression without beards, melodic without complacency; tastefully experimental, abrasive, atmospheric, harmonious, offering blunt force, warm soundscapes and somber moods. Descriptions and metaphors are abundant in Burst's accessible musical language. Burst thrive on an undying, unyielding, and uncompromising love of music. Their purpose is to channel this fixation into the make-up of the band, by any needful paths, wherever they might lead.

Descriptions and metaphors are abundant in Burst's accessible musical language.

Burst thrive on an undying, unyielding, and uncompromising love of music. Their purpose is to channel this fixation into the make-up of the band, by any needful paths, wherever they might lead. Unobservant of fads and trends, Burst write music for their own satisfaction, and so always delve deeply into their collective pool of influences, indulging in their respective nuanced idiosyncrasies in order to retrieve something honest and passionately heartfelt--intensely sincere, often with a twinkle in the eye.

Burst first embarked on this adventurous journey back in the mid-nineties, tentatively searching the vast playground of extreme punk, heavy metal, and hardcore, feelers a-quiver and tentacles extended, before finding their feet both as far as music and personnel goes by 1998, when Burst crystallized into its current form. At last the varying influences that fuelled the five members seemed to gel, and suddenly there was magic flowing from the instruments.

Patrik Hultin brings to the table all of the violence and power associated with his punk and thrash metal inclinations, while guitarists Robert Reinholdz and Jonas Rydberg, approaching from a more jazzy, melodic, and sometimes psychedelic direction lend the music a both unnerving and beautiful quality. Bassist Jesper Liver?d, spinning thunderous serpentine threads that supply the necessary gravity, and vocalist Linus J?gerskog, with commanding presence and piercing force, complete the aural majesty that makes up Burst.

The first proper album recorded by this line-up was Conquest: Writhe?released by Prank Records with a vinyl version through Putrid Filth Conspiracy. This album saw the band still finding their way, yet exposed an ambitious longing for musical exploration and a fearless approach to structures and harmonics. This yearning came to bear fruit some years later in the form of the obviously brutal, yet oddly fragile In Coveting Ways EP, released through Chrome Saint Magnus. Featuring some of their most daring and punishing work to date, combining crusty detuned dirges with haunting, mellow acoustics, the release went further into uncharted territory, and ultimately brought Burst to the attention of Relapse Records, that were to release their following three albums.

Prey on Life, released in 2003, finally saw the band getting some of the acclaim they deserved, and the album received rave reviews in metal and alternative press from all over the world, as well as praise from peers and fans. Burst extensively toured Europe for the first time, and the mercurial mixture of heavy metal, hardcore, and progressive rock, powered by a punk rock attitude, enthralled audiences wherever they went. These experiences and tribulations fed into the creativity of the band and by late 2005 their next album was released.

Miles away from anything Burst had previously written, Origo built on the promise of their existing catalogue, but propelled them into the outer reaches of space. From the first brittle notes that make up the intro to now long standing crowd-pleaser, Where The Wave Broke, to the almost cinematic feel of closer, Mercy Liberation, you can sense the exhilaration and joy within the band, and the confidence of the song writing once more saw critics and fans raving. Quoting influences as disparate as King Crimson, Metallica, Celtic Frost and Kraftwerk, Origo elevated Burst to a new standing within the sphere of alternative metal.

Tours with The Dillinger Escape Plan, Mastodon, and Opeth alongside own headlining tours brought them the ears of thousands of new listeners, and in Burst's native country of Sweden they were awarded the prestigious P3 Guld award for Best Rock/Metal of the year. Burst went on to play several of the biggest festivals in Europe during the summer of 2006, including Hultsfred, Roskilde, Quart and Pukkelpop.

After a brief pause following the extensive touring for Origo, Burst started sorting through the various bits and pieces that had been written over the course of the two preceding years, and slowly their next album started taking form. Lazarus Bird, released in October of 2008, is so much more than a logical follow up album. Feeling that they had reached the end of a specific musical path with Origo, the album sees them incorporating wholly new elements to their formula. New dazzling vistas are glimpsed, and otherworldly, compelling melodies coil around alternately dense, fierce heaviness and ethereal, moody landscapes of sound.

Already nominated for several awards, named album of the month and album of the year in many different media, the future is blindingly bright for Burst. The band plans to tour extensively in support of the album, eager for the life-affirming interaction with the live audience, and the prospect of seeing the world.