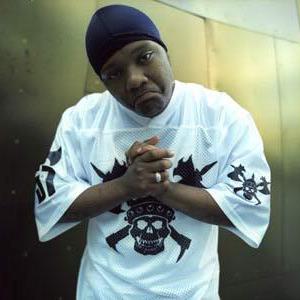 Rashaan Jackson, (born 1973), better known as Bucwheed, Buc Fifty or Buckwheat, is an American rapper currently signed to Delicious Vinyl Records. He has also worked for Ruthless Records and Battle Axe Records. Jackson has also been a member of The Wascals and the Soul Assassins. Early years: Delicious Vinyl: 1992-1994 Jackson was born in 1973 in New Rochelle, New York, where he began rapping at the age of 12.

Jackson was born in 1973 in New Rochelle, New York, where he began rapping at the age of 12. In 1989, at the age of 16, Jackson moved to Los Angeles, California and along with friends Spit-Anky, St. Imey and Alphie, Jackson formed a rap group called The Wascals and took the name Buckwheat (later changed to Bucwheed) due to his resemblance of Billie ?Buckwheat? Thomas. During this time Buckwheat was approached by Ruthless Records and appeared on Eazy-E's EP, 5150: Home 4 tha Sick on the track titled ?Merry Muthafuckin' X-Mas?. Ruthless attempted to sign Bucwheed and the Wascals but ultimately, Buchwheed and the group signed with Delicious Vinyl. Buchwheed would go on to appear on The Pharcyde's debut album Bizarre Ride II the Pharcyde on the tracks ?I'm That Type of Nigga? and ?On the DL?. After those guest appearances, The Wascals recorded their debut album, Greatest Hits and released three singles, ?The Dips?, ?Class Clown? and ?Dream and Imaginate?. However just before the release date in 1994 the group broke up after a disagreement and the album was shelved.

Serve The Devil Praise The Lord