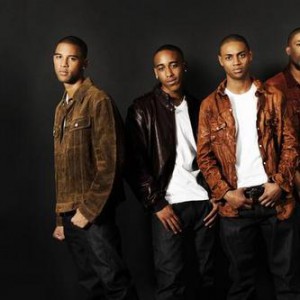 Brutha is a R&B vocal group from Los Angeles, California signed by Jermaine Dupri to his So So Def imprint. The group includes brothers Grady, Cheyenne (aka Papa), Jacob (aka Jake), Jared (aka JR) and Anthony.Brutha first appeared on the reality television show, "Jermaine Dupri Presents: Brothers to "BRUTHA"" on BET."Brothers To BRUTHA" documents the rise of the group, and chronicles the group's lives towards the release of the self-titled debut CD, which hit stores on December 21st.

THEY ARE NOW WORKING ON UPCOMING ALBUMS