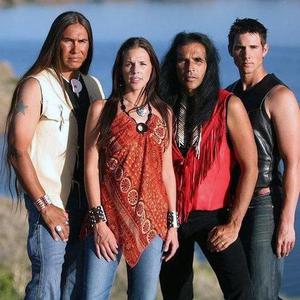 There are currently two artists on Last.fm that are tagged as "Brule". One is a hardcore/metal band from Medford, Oregon. The other is a new age artist whose name should probably be spelled "Brul?" (like the Native American tribe). Brule (hardcore/metal) - In the summer of 2005 NYE was formed. We recorded an album of 8 stoner rock songs, we had at least 6 more songs that were never recorded.

One is a hardcore/metal band from Medford, Oregon.
The other is a new age artist whose name should probably be spelled "Brul?" (like the Native American tribe).

Brule (hardcore/metal) -
In the summer of 2005 NYE was formed. We recorded an album of 8 stoner rock songs, we had at least 6 more songs that were never recorded.
In 2008 NYE was accompanied by vocalist Skyler Morse, alongside Skyler (and watching quite a few episodes of Tim & Eric) came the band name BRULE which followed the pattern of using a really weird actors last name.
Three shows later BRULE broke up, and the remains are still being gathered to form side projects. If you liked BRULE, check out our other bands. The list will be added to in time.


Brul? (new age) -
Native American musical traditions are fused with contemporary rock influences by pianist/keyboardist Brule (born: Paul La Roche). A member of the lower Brule Lakota nation, who was adopted as an infant and raised in a non-Native family, Brule uses music as a way to bring together the two cultures of his past. During a telephone interview, Brule explained that his 1997 debut album, "We The People" was "a means to bridge the gap between small town Americana and the Native American experience". His second album, "Lakota Piano", released in 1998, featured piano interpretations of songs by 1970s Native American rock band, XIT. Brule's third album, "One Holy Night", released the same year, was recorded with Robby Bee, the son of former XIT member and owner of the Native American-oriented SOAR label and its Natural Visions subsidiary, Tom Bee. With his fourth album, "One Nation", released in September 1999, Brule took a more global approach. "It's a further step in the evolving story of my life, "he explaind, "a way to bring all the people of the world together".
Brule didn't discover his Native American heritage until he was in his thirties. Although born on the Lower Brule Sioux reservation in South Dakota, his adoptive parents, who raised him in the small farming town of Worthington, Minnesota, did not tell him of his heritage. It wasn't until the death of both of his adoptive parents in 1987 that he became aware of his ancestry. He was reunited with his Lakota parents in 1996.
Brule's music is the product of two cultures. Although he studied accordion as a youngster, he had little interest in music before hearing The Beatles' song, "I Want To Hold Your Hand" at the age of eight. Inspired by what he heard, Brule switched to piano and became more serious in his musical studies. By the age of fourteen, Brule was performing with a rock band that played throughout Minnesota and Iowa. Within two years, he was making enough money as a musician to devote his life to playing music. His earliest influences included rock bands such as Pink Floyd, The Rolling Stones, Deep Purple and Uriah Heep and pop singer-songwriters including Billy Joel and James Taylor.
After discovering his Lakota heritage, Brule began to incorporate Native American influences into his music. He adopted his stage name as a tribute to the tribe to which he was born. ~ Craig Harris, All Music Guide