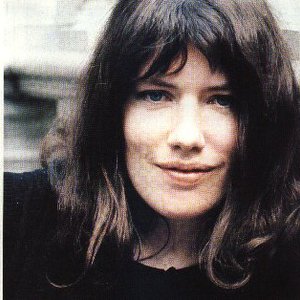 Bridget St John is a singer with a distinctively deep and somewhat melancholy voice. She learnt piano and viola as a child in London, and guitar while a student at Sheffield University, from which she graduated in 1968. Her ?To B. without a hitch? / ?Autumn Lullaby? (1969) was one of the first two singles released by Dandelion Records, John Peel's label. Ask Me No Questions - including the earlier single, and sparingly produced by Peel - was the label's first LP.

The follow-up, the more highly regarded Songs For The Gentle Man, was produced by Ron Geesin. Commercial success did not follow critical acclaim, and St. John lay low for some time, re-emerging in the nineties and (as of 2004) continuing to perform.

Aside from work under her own name, St John has also recorded with Kevin Ayers and Robin Frederick. Several of St John's earlier LPs were released as CDs in the 1990s by See For Miles Records.

There is confusion whether her name is Bridget St John or Bridget St. John (note the full stop)
British English does not use a full stop after St
American English places a full stop (or period) after St and this had happened on several releases. One album actually uses both spellings

She is currently represented by the agency, Grapevine Recordings, and they give her name as Bridget St John. This British English spelling would be expected because she is British.

There is another recording artist named Bridget St. John in Seattle, Washington, USA, who has since changed her stage name to ?Sweet Punch? to avoid confusion with this Bridget St John.